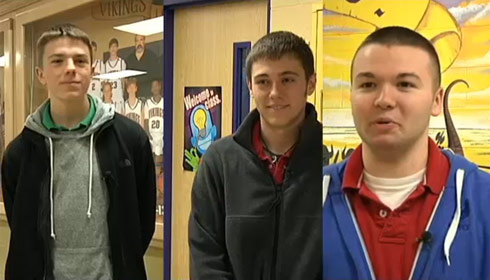 High school can be hell and we certainly post our fair share of the rampant bullying epidemic that haunts the hallways of our learning institutions. This time around, however, I’m showing that high school kids can have serious heart as represented by three would-be homecoming kings from Tennessee.

Zeke Grissom, Jesse Cooper and Drew Gibbs were the official nominees for Unionville Community High School’s homecoming celebration on Friday. These three young men decided among themselves that whomever was elected would hand over the crown to junior Scotty Maloney, who was born with Williams Syndrome, a neurological disorder that inhibits learning and speech.

Here’s the report from Nashville’s WKRN:

Jesse Cooper, who won the popular vote, said, “I’ve been blessed with so many things. I just wanted Scotty to experience something great in his high school days.” When Cooper’s name was announced, the principal of the school stepped in and let the crowd know what the young men had decided. The gathered assembly of fellow classmates and teachers stood and gave Scotty a 30-second standing ovation once he was named king.

“I think I saw Scotty shed a few tears. I know Jesse was pretty emotional. We were all emotional out there on the court… Scotty is fabulous. He is a superstar. He knows everybody. There’s not one person that Scotty does not know. To know him and meet him is to love him.” 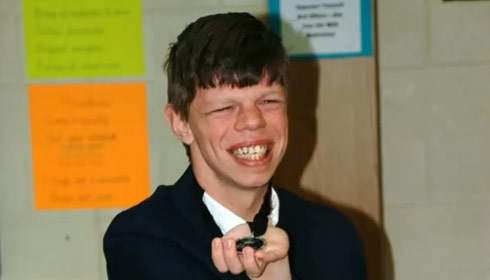 She was also extremely proud of the three young men who made such a special memory for Scotty, ‘We want people to have more empathy towards people, not be scared of people with disabilities. We want them to embrace them, more like the boys did.”

Since the surprise Scotty still sports the same smile and endearing goodwill everyday at school. Oh yeah, he also proudly displays his king’s medal too.