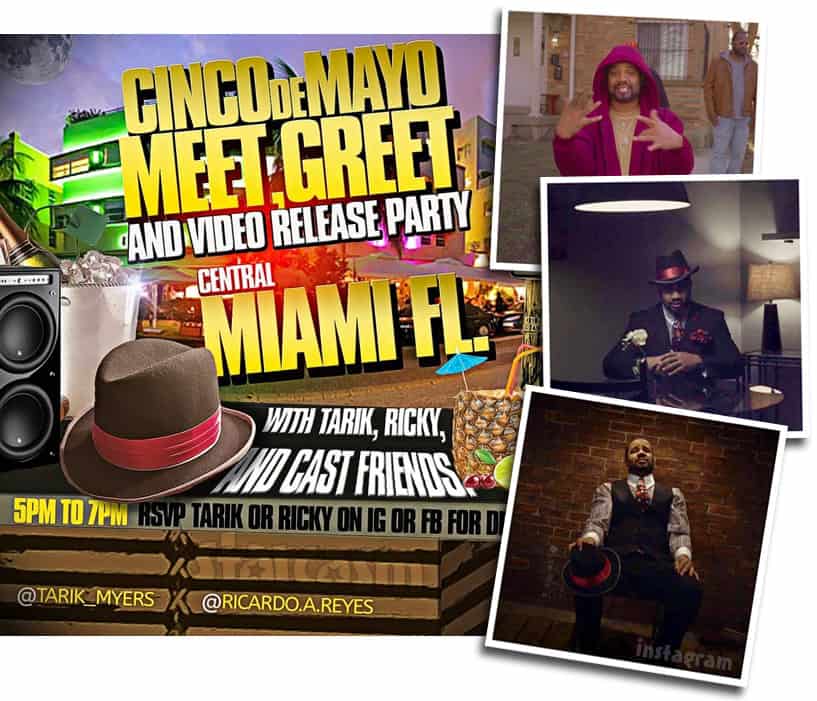 Before the 90 Days rapper Tarik Myers and videographer Ricky Reyes are teaming up again for a brand new Tarik music video! #Taricky will be celebrating with a music video release party in Miami on Cinco de Mayo that will also be attended by additional familiar faces from the show!

Both Ricky and Tarik shared the news this week on Instagram, along with a few sneak peek photos from the video. In the stills, Tarik can be seen looking like an old school gangster (as opposed to gangsta) as he lounges in a dining room and chills on a chair in front of a brick wall.

In another still, Tarik transitions from gangster to gangsta as he dons a colorful hoodie and looks to be laying down some bars outside a small house with bars on the windows. Here are all three images: 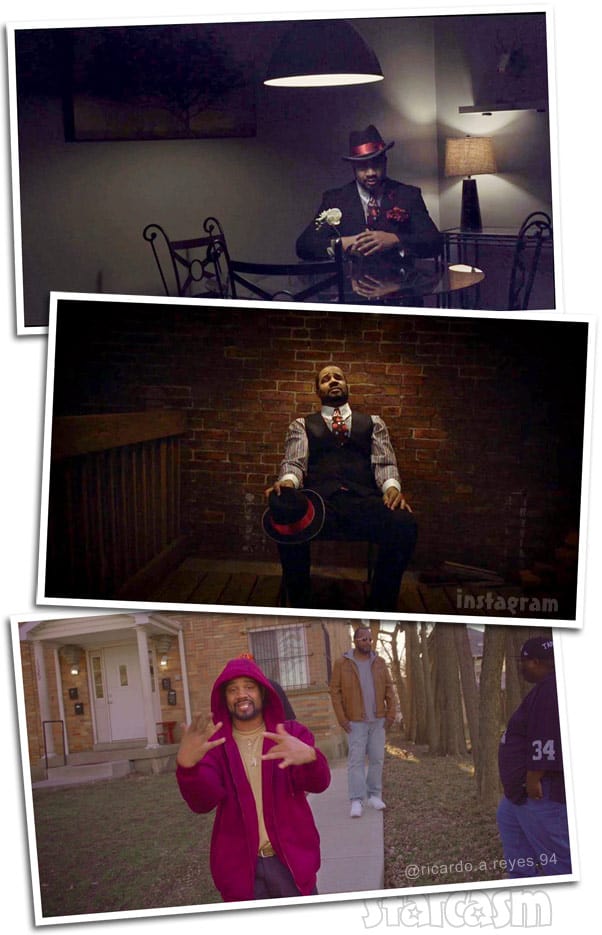 “Sneak peek on what we will be presenting in Miami during or meet and greet/ video release event,” Ricky captioned the photos. “From now till the event I will be ignoring a lot of DMs, this is heavy work,” he added. “I will working on the logistics of the other cast members, media and press, editing, collaborating, advertising and promotions.”

Ricky concludes by sharing his enthusiasm for the project, and pride in his work. “I’m excited and nervous about this event. You can tell immediately the quality of cinematic presentation has been taken to the next level.”

We reached out to Ricky for more information on the music video release party, and we’re told those deets will be made public soon. As soon as we know more, we will be sure to update this post!

UPDATE – Ricky shared some behind-the-scenes shots with more of Tarik:

UPDATE – We finally have the deets! The music video release party will be held at the Aloft Miami Airport Hotel from 5-7pm EST. In addition to Ricky and Tarik, their Before the 90 Days co-star Cortney and 90 Day Fiance Queen Danielle Jbali will also reportedly be ina attendance! Here is the video with the 411:

Meanwhile, in case you missed it, you can click here to check out the first #Taricky collaboration on the music video for Tarik’s single “God Bliss Woman!” Unfortunately, it didn’t include the photo we created:

“God Bliss Woman” is from Tarik’s album The Working Man’s Gangsta, and I assume the new music video will be for a song from that album as well. Tarik recorded the collection under his rap pseudonym Dirt DayOH and it features 23 total tracks, although that includes an intro, outro, and a handful of brief interludes.

Here is a complete track listing — feel free to offer up your guess as to which single will be getting the music video treatment! My vote is for “Threelationship,” but the song titled with Hazel’s Instagram ID “Illipina26” sounds enticing too. ?