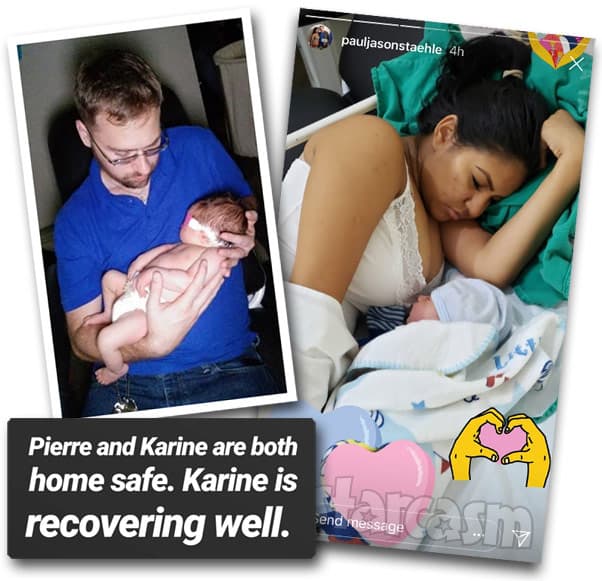 90 Day Fiance: Before the 90 Days stars Karine and Paul Staehle welcomed their son Pierre on Friday, but due to health concerns, mom and little baby Staehle have not been able to leave the hospital. However, proud pop Paul shared some good news with his Instagram followers moments ago as he revealed that Pierre and Karine are finally home!

“Pierre and Karine are both home safe,” Paul posted on his story. “Karine is recovering well.”

Paul has been sharing updates on Pierre since his birth was announced on Monday. He revealed that Pierre appeared to exhibit signs of jaundice, and he was spending his first days in a light box. On Wednesday, things seem to take a turn for the better.

Pierre’s skin looks white again to me and no longer looks yellow. Nurses are not having him stay in the light box. So he is sleeping next to Karine. Health wise Pierre seems a lot better. ♥ But I am no Doctor. They drew blood this morning, however until a doctor is here to review the lab results Pierre must remain at the hospital.

If you’re curious why having a doctor present at a hospital is an issue, Paul explained in the comments of an Instagram post.

COMMENT: Praying a doctor will come in tomorrow? smh They want to get home, but why is everything always so cranked up? It’s a medical facility, a doctor will appear.

PAUL: You’d be surprised. While in labor there was no doctor available because of shift change. I could see the baby’s hair. I was shocked when we finally got a doctor they took her to the delivery room. Funny thing is we had to call her doctor in on her day off when I messaged her explaining the situation. This is a Brazil public free hospital. Doctors are not always there. They have their own private practices and work in public one or two shifts a week each from what I can tell. So when a doctor is there it is a blessing. This is not USA. They have no pain medications at all.

Despite the health concerns, Paul and Karine have been able to bond with Pierre as they adjust to life as parents. Paul even shared a couple humorous posts, including one about daddy doody duty in which he missed a primo opportunity to make a poop water joke: 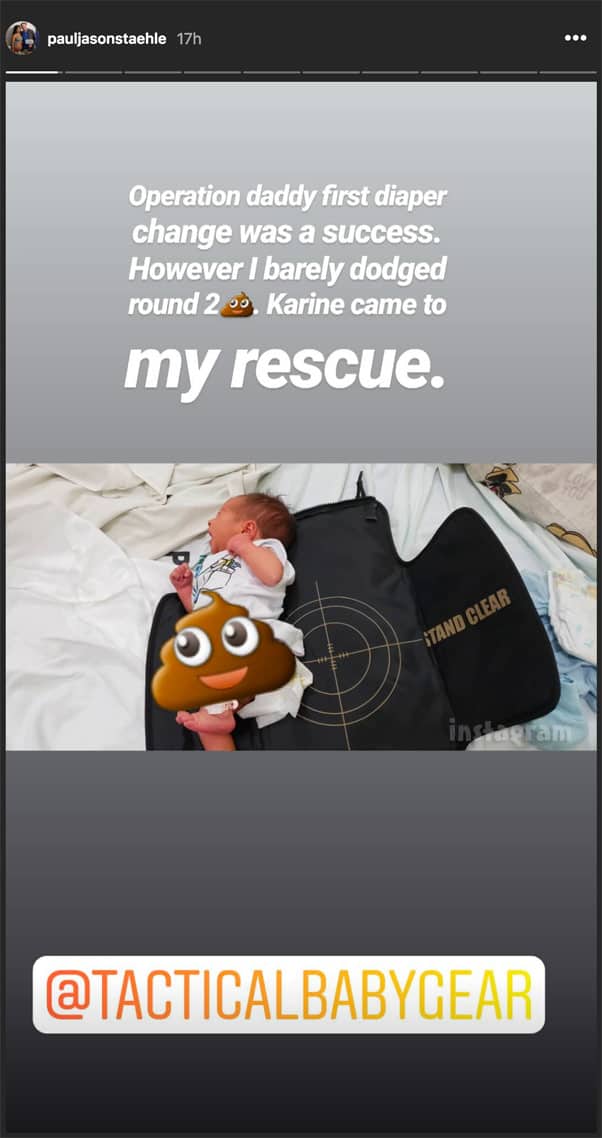 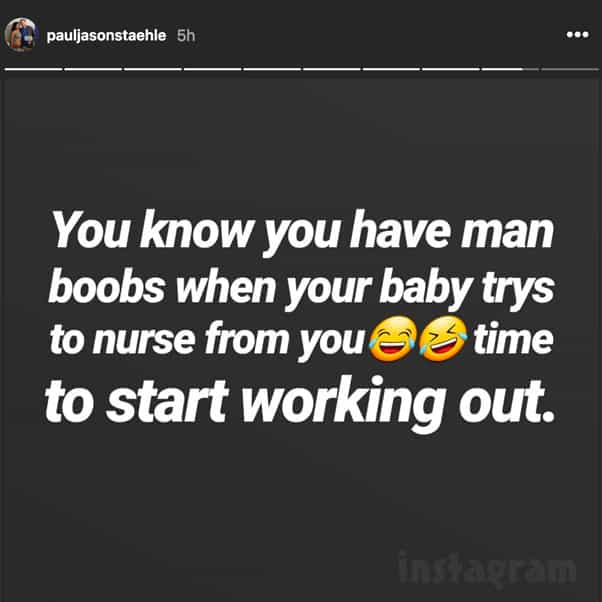 Some more photos and videos of Paul, Karine, and Pierre: 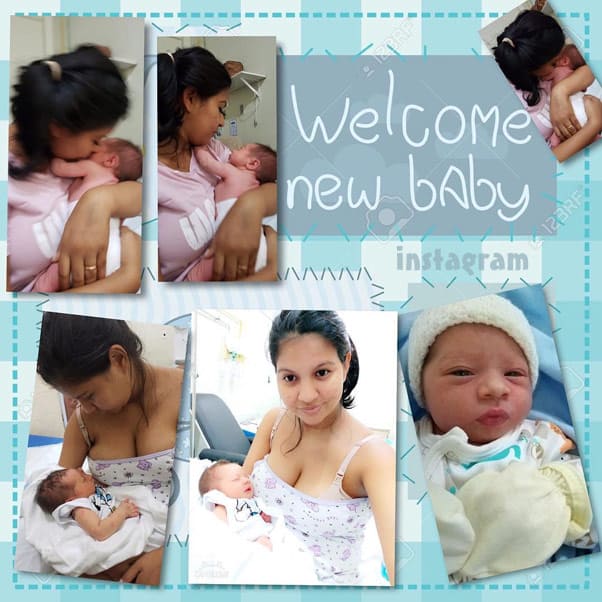 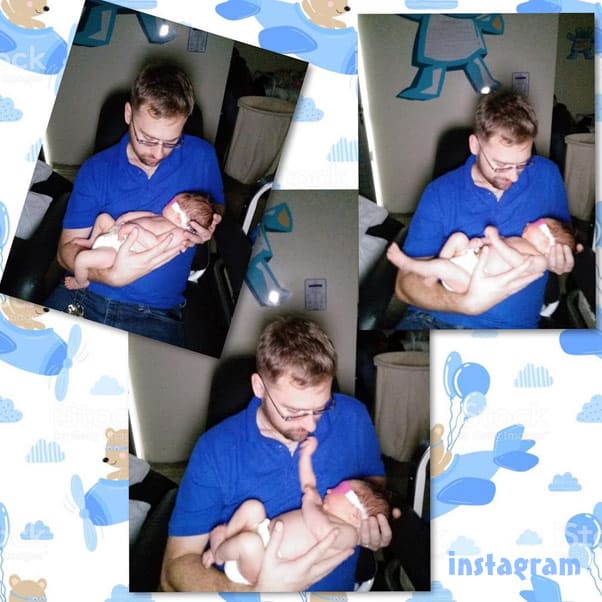 In addition to the good health news, Paul also shared some positive legal news. As he previously posted, there were some issues getting Pierre a birth certificate due to the fact that Paul is an American citizen and Karine is a Brazilian citizen. It seems those issues were resolved successfully and Pierre is appropriately bona fide: 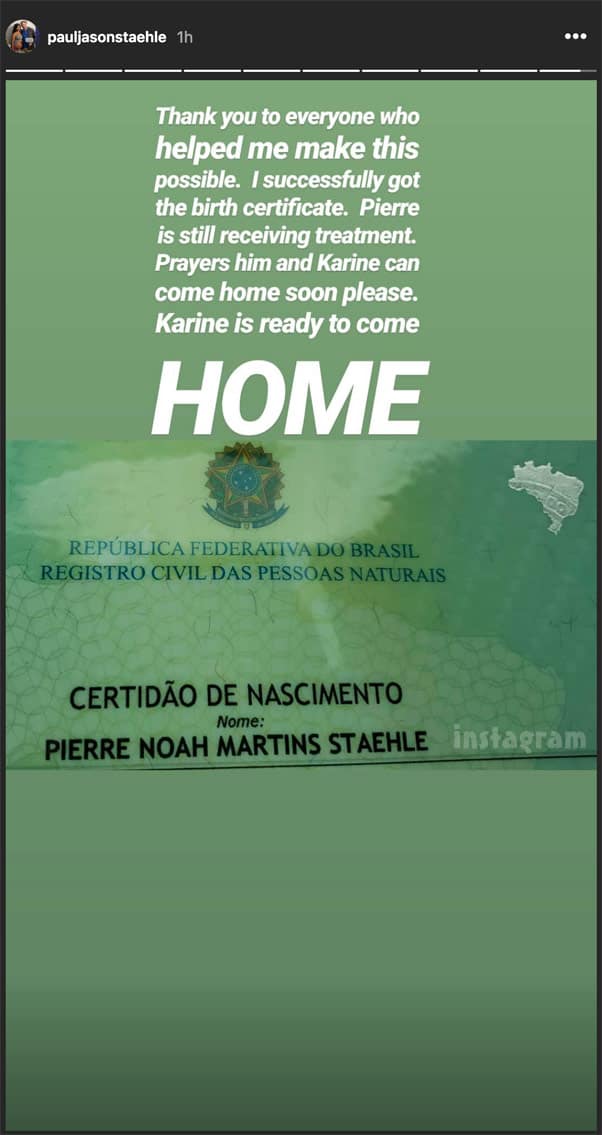 Congratulations again to Paul and Karine! Hopefully we will all be seeing some of the family’s sure-to-be crazy adventures on TLC soon!

VIDEO Did Kanye drop the pregnancy news before Kim was ready?