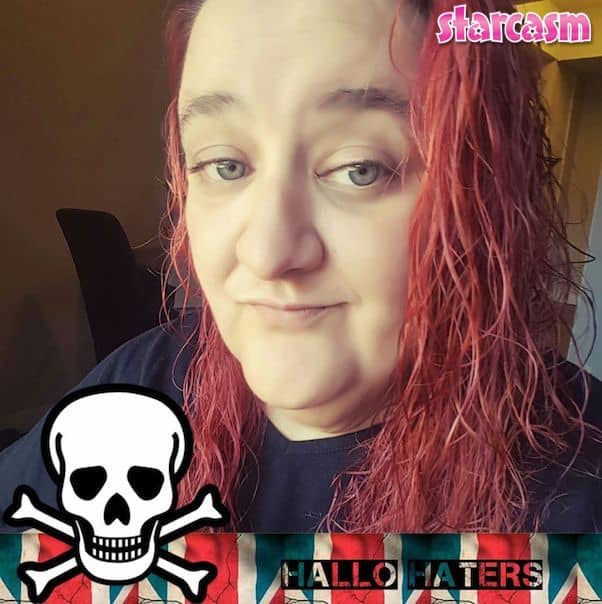 Angie J was perhaps the most controversial and universally disliked member of the My 600 Lb Life Season 7 cast. But, in her recent updates, she claims she’s turned herself around. And, in the most shocking detail of our new My 600 Lb Life Angela Johns update, the native Ohioan says she’s actually undergone successful bariatric surgery.

Of course, Angela is also claiming she’s been filming for a Where Are They Now? episode. So, if she’s been less than truthful with her social media followers, it seems we’ll find out before too long. (Unless Angela was also untruthful in claiming she’s working on a second episode — but then that would cast even more doubt on what Angela has already said.)

My 600 Lb Life Angela Johns update: Did she turn her life around?

Angie’s horrifying backstory and combative ways appear to be what lead viewers to doubt her. In fact, the photo of Angela Johns above — the most recent one she’s shared — came with its “Hello Haters” caption aimed specifically at the many detractors and trolls who flood her social media pages on the regular.

And, to be frank, there was plenty to distrust in Angie’s debut episode. Calling Dr. Nowzaradan’s weight loss program “bullshit” was only the beginning. For many viewers, Angela’s true sin was spending too much time talking and not enough losing weight: she dropped only 48 pounds from her peak weight of 643, leaving her far from weight loss surgery approval by episode’s end.

Then, as we wrote in our previous My 600 Lb Life Angela Johns update, Angie stirred further suspicion by offering a number of eyebrow-raising claims right after her episode aired. In addition to revealing that her husband Justin had up and left her, *and* claiming her house had been robbed just one day earlier, Angie also said that since filming ended she’d lost enough weight to get approval for the surgery after all.

The trio of curious updates came on Angie’s oft-derided GoFundMe, which of course led to the general belief that Angie was only telling stories to raise money for herself. If that was the case, it didn’t work: the fundraiser is stuck at $242 of its $1,200 goal, just $75 more than when we last checked in on it seven months ago.

All of which is to say that if the previous My 600 Lb Life Angela Johns update made you a skeptic (or worse), you’re not likely to have your mind changed by the latest news. For starters, this past summer, Angela shared one photo of a bariatric hospital menu and another of a tray of (almost) Dr. Now-approved food in a hospital bed. Angela didn’t appear in either image, but in interactions in the comments she strongly implied that she has, in fact, undergone some kind of weight loss surgery. And she once again said that she’s filming a new episode.

We say “almost” because the image of the hospital tray included a can of Sprite. Followers were quick to point out the inconsistency, but Angela said the soda was just a mistake and that hospital staff removed it right away. And we say strongly implied because Angela never outright said why she was in the hospital. If you’re looking for a reason to roll your eyes, it wouldn’t be hard to believe that Angela is merely leading people into thinking she’s losing weight, then doing nothing to dissuade them once they themselves say it.

It was around this time that Angela shared two before-and-after pics that some observers pointed out could be interpreted as somewhat similar. We’ll present them without comment. The one on the left is from 2016; the one on the right is from July of 2019: 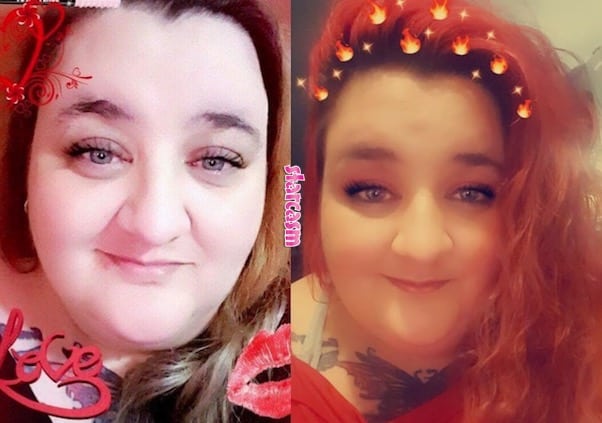 Finally, in early autumn, Angie gave another update reminiscent of her GoFundMe news from the spring. She said that because she’d been in the hospital (presumably recovering from surgery) when Tropical Storm Imelda hit, Angela had been unable to protect any of her belongings from the subsequent flood. We’ll again present this My 600 Lb Life Angela Johns update without comment, except to say that Angie didn’t share it on GoFundMe this time:

When it rains it LITERALLY POURS so i was in the hospital during the flooding here and i wasnt answering the phone for obvious reasons and today i listen to my voicemails and here my storage company called and said their whole place flooded and my unit was flooded and they needed me to come vacate my belongings and assess the damages!!!!! Literally i had to leave shit and lost shit so i stored LITERALLY ALL THAT MATTERED TO MY YEARS OF IMPORTANT SHIT and now potentionally its all ruined! Im pissed tf off! I can not wait to leave Texas!!!!!!! If any of my fathers of Bizkkkits stuff has been ruined…. hell hath no fury ????? ill just say that!

The new season of both My 600 Lb Life and Where Are They Now? kicks off in two weeks; we’ll likely know whether to expect a formal update from Angela not long after that. In the meantime, you can revisit her debut episode here, via the show’s official site.

Getting struck by lightning may result in Lichtenberg figures, the most beautiful scar ever