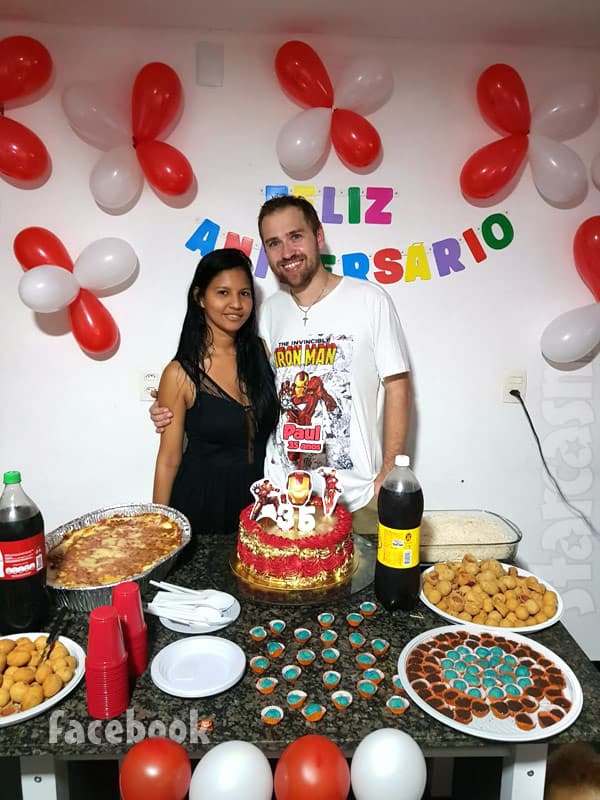 The last time we checked in with Before the 90 Days star Paul Staehle, things were not looking good — at all. It appeared that things were over for good between him and (soon-to-be-ex?) wife Karine, and he was stuck in Brazil with an expired visa when he learned of the passing of his uncle and his beloved German Shepard Sassy. That was more than three weeks ago, and thankfully we now have a little bit of good news to report as Karine and her family threw Paul a surprise 35th birthday party!

“Karine surprised me today…” Paul began his caption for the Facebook photo above on Monday. He reveals that Karine gave him the Iron Man shirt he is wearing before taking him downstairs “where her family held a very nice surprise birthday party.”

It seems the two are still having their issues, as Paul continued: “Even in the midst of drama and fighting they still showed me a nice birthday. I was shocked and extremely honored and happy it brought tears to my eyes.”

The post garnered a number of comments, including some very pointed questions from 90 Day Fiance star Jason Hitch (who looks to be having a miraculous relationship comeback of his own):

JASON: You are still in Brazil? What are you doing for an income? 6 months now?

PAUL: Going to college online. Might as well earn my degree.

JASON: Youre done filming aren’t you?

JASON: What’s the grand master plan? Get a degree? Move back to Kentuck. Get a job. Make a million dollars. Karine moves. You two ride off into the sunset?

PAUL: Jason Hitch how is you and your wife doing?

JASON: Cassia is getting her BA next month. As she got her AA last summer. She and I are doing fine. Thanks for asking. Is Karine going to college too?

PAUL: she does not know what she wants yet…

JASON: None of us do. Sounds like you better save that TV $$$. For a rainy day.

JASON: What do you think [other commenter]? What should Paul and Karine do?

PAUL: setting the world on fire with used pregnancy tests and old hair and putting it out with poop water…

OTHER COMMENTER: Go back to usa and try out for naked and afraid or survival man

OTHER COMMENTER: Better yet survivor 90 day fiance edition. Best yet go back to usa.

While Paul has been relatively quiet on social media over the last few weeks, the same cannot be said for Karine. She has continued to ‘gram it up with numerous photos, including quite a few of her infamous bratographs like this one, which also includes some of her also infamous stuffed animal collection: 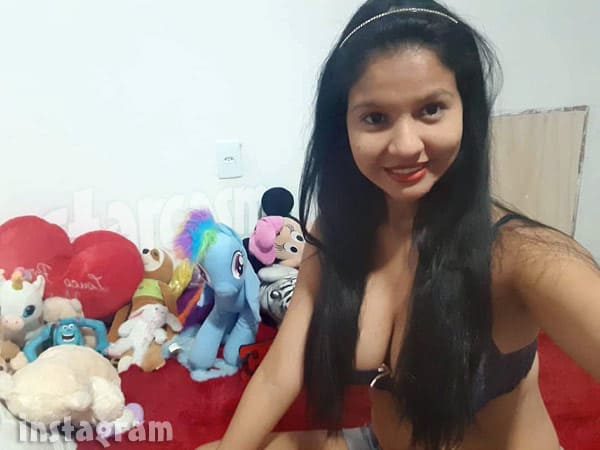 “Guardando para uma pessoa linda,” Karine captioned the photo in Portugues along with the ? heart-eyed emoji. I plugged that into Google translate and got: “Guarding for a beautiful person.”

Hmmmm… Perhaps Paurine is not done after all! I suppose we will know more when they return to TLC on whichever show the network sees as the best fit!

Either way, HAPPY BIRTHDAY PAUL! (Please tell me there was no awkward moment at the party where Paul tried to use sign language to explain the tradition of blowing out the candles to Karine’s dad.)