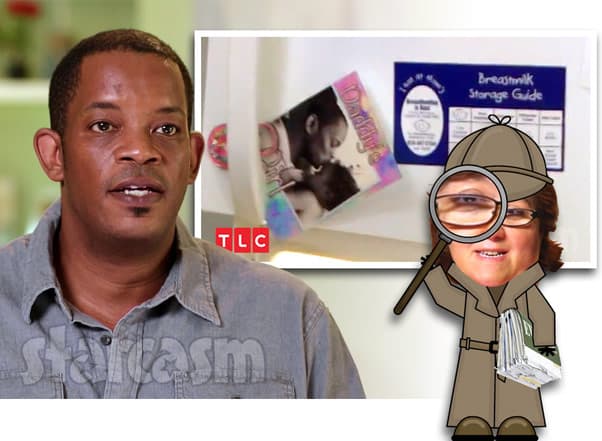 There are a lot of things that don’t seem to add up about Before the 90 Days star Caesar Mack’s Russian girlfriend Maria, but scenes from the premiere episode have a lot of viewers wondering whether or not Caesar himself isn’t deceiving viewers.

As we previously reported, Caesar Mack appears to be an aspiring actor, as evidenced by his Explore Talent profile. His acting aspirations were also mentioned by a redditor claiming to be one of Caesar’s nail salon customers who spilled ALL KINDS of tea on Mr. Mack — including accusations that Caesar and Maria actually broke up just prior to filming the show. The redditor also claims that Maria didn’t want to film for the show, so it’s possible viewers will see Caesar left holding the chocolate panties when he flies to Mexico to meet her.

In addition to the questions surrounding the authenticity of Caesar and Maria’s relationship at the time of filming, scenes shot in Caesar’s apartment seem to indicate that he has a child!

If you look at Caesar’s fridge you can clearly see a “Breastmilk Storage Guide” along with a photo of a man kissing a young child’s forehead that reads: “Daddy’s Girl.” Here’s a screen cap: 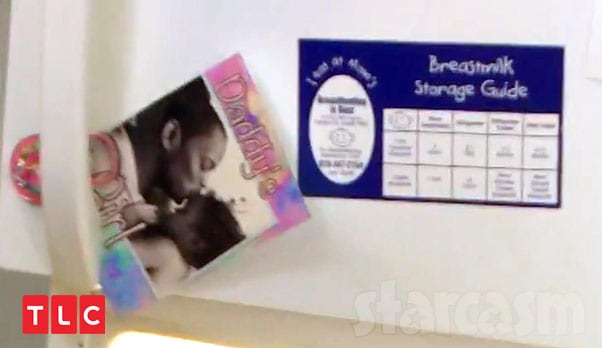 Those two items aren’t the only evidence on the fridge. There is also a photo of what looks to be a very young girl in a tutu, a painted footprint [which you can’t see very well below], and a turtle that appears to have been colored by a child:

Many viewers have also pointed out the pink blanket draped on the back of Caesar’s couch, which clearly looks to be that of a young girl: 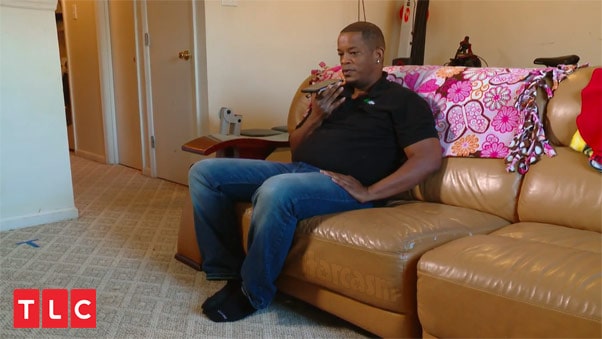 The marking in blue painter’s tape on the floor had some fans talking as well, especially since it wasn’t there in another shot from the same angle. However, I believe that is just a mark for production — perhaps where they had a camera for another scene?

In addition to all of the evidence of a child living in the apartment, there are also some additional photos in the kitchen that raise even more questions. Check out the photos on the counter: 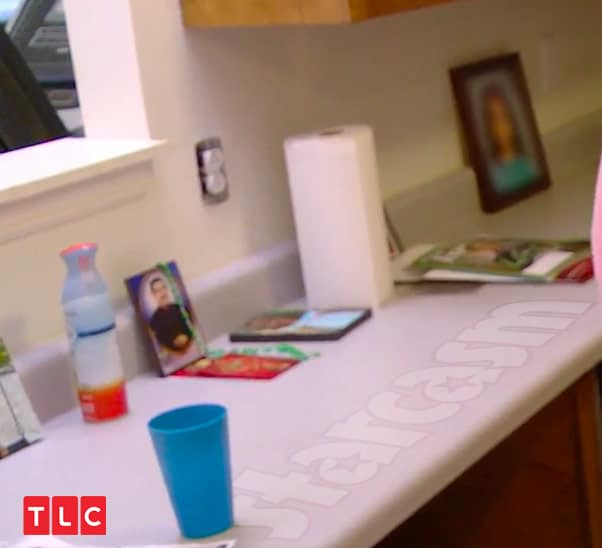 There is a framed photo of a woman towards the back, a picture laying flat of what looks to be a young girl, and third photo of a man in the foreground. The photo of the man appears to be on a red cloth of some kind and is draped with green beads? I assume this is some sort of cultural thing — perhaps Asian? Of course, these could be Caesar’s parents, or perhaps just extended family or friends.

Some have speculated that perhaps TLC just opted to film Caesar in someone else’s apartment. There could be any number of reasons for that, including an apartment complex not willing to allow filming, or perhaps a roommate similarly averse to having his or her living quarters featured on a reality TV show.

There is a medical document on the fridge that is clearly addressed to someone with the last name Mack who was born in 1973, and the address is a clear match to the exterior shots on the show. Here is a Google Maps Street View screen cap of the address and a screen cap from the episode: 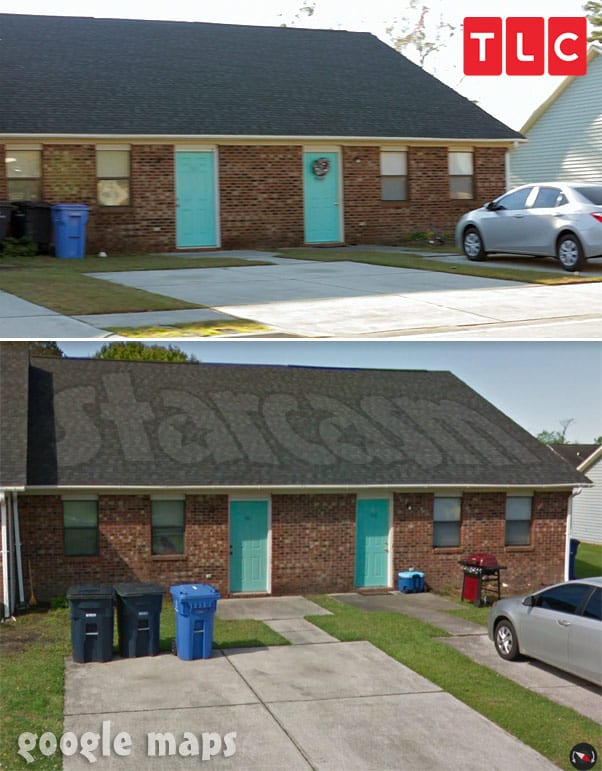 It does appear that Caesar has a brother that lives in town, so that remains a possibility. However, the address on the medical form is right around the corner from the nail salon where Caesar works. Plus, the address is connected to Caesar on various websites, so it does seem to actually be his apartment. (Interior photos from a neighboring duplex’s real estate listing look similar as well.)

Caesar mentions on the show that he had a girlfriend for 13 years, but he and Maria have supposedly been dating for four years. Does that leave a narrow window for a child with his ex girlfriend that would still be breastfeeding? If she was pregnant when they broke up, then the girl would have been as young as three and a half?

Show producers are rather infamous for their delayed “I have a secret I haven’t told my significant other yet” scenes, so perhaps Caesar has a child and they were hoping to drop that on Maria (and viewers) when they met up? Hmmm… I do find it strange that the redditor didn’t mention anything about Caesar having a child, though.

After the story about Maria and Caesar’s rumored split prior to filming broke this week, Caesar looks to have deleted his Instagram account. That just adds more smoke as we all continue to try to find the fire!

Normally, this sort of frauding has the potential of discouraging viewers from continuing to tune in, but I have to confess I am dying to know the truth behind Caesar’s story! This truth might not be clearly revealed in his story line, but I’m excited to continue watching and looking for clues.

To play along as a fellow 90 Daytective, be sure to tune in for new episodes of 90 Day Fiance: Before the 90 Days airing Sunday nights at 8/7c on TLC!