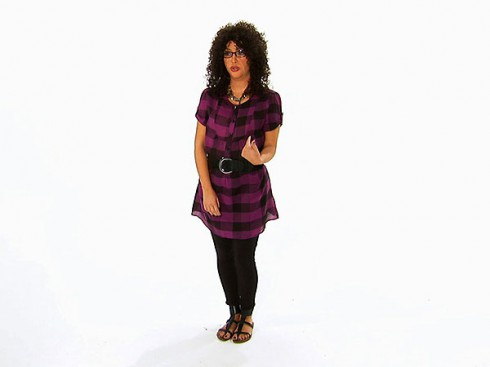 Well, this is Kim Kardashian like we’ve never seen her before. The normally glamorous reality star agreed to participate in the premiere episode of Oxygen’s Celebrities Undercover — and she really committed to the role.

For the mission, stylists morphed Kim into “Cynthia” by giving her ultra curly hair, some crooked teeth and a prosthetic to make her face look wider. 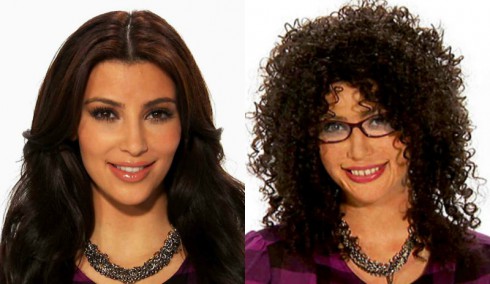 Following the makeunder, Cynthia set out to determine whether Kim has loyal fans or fair-weather fans by observing potential assistants. She watched as the girls were tempted to pocket gifts and leak gossip that Kim “hooked up with Eminem last night.” Fortunately for Kim, none of the ladies took the bait. 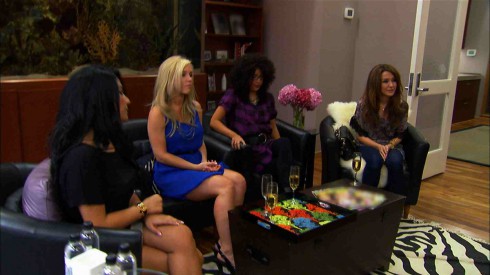 Kim ultimately revealed herself to the girls — and Kourtney Kardashian and Scott Disick, who were also tricked by her disguise. 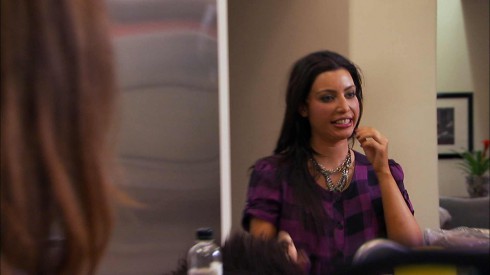