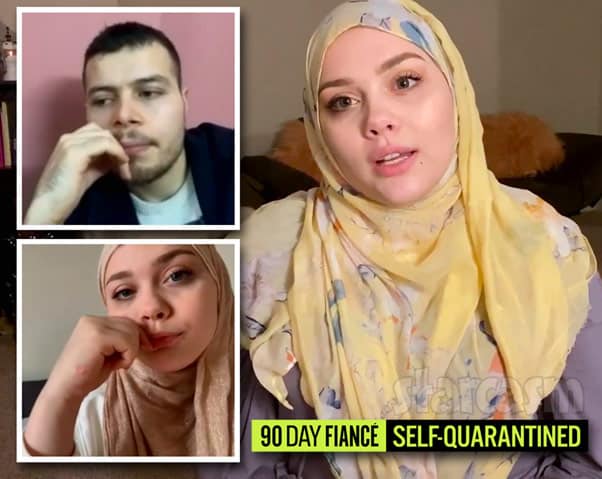 90 Day Fiance: Before the 90 Days Season 3 couple Avery Mills and Omar Albakkour knew that the chances were slim that Omar would be able to get a visa to come to the United States due to the fact that he is from Syria. However, 29-year-old Omar manged to get an interview scheduled earlier this year in regards to his spousal visa! Unfortunately, the COVID-19 pandemic derailed the interview.

The interview was scheduled for March 30, just as the coronavirus pandemic was exploding globally. “Unfortunately, just a few days before his interview, we actually got news that it was canceled due to COVID-19,” Avery revealed in Monday night’s episode of 90 Day Fiance: Self-Quarantined. “The coronavirus has delayed Omar’s interview. It’s supposed to be at the Jordan embassy, and they are currently closed.”

The husband and wife have a back up plan in place, and they may go to it sooner rather than later. “If he doesn’t get to come here in the next six months, we are going to move to UAE, to Dubai,” Avery said.

As mentioned during Avery’s visit with an attorney on Before the 90 Days, the couple living together in another country may be closing the book on Omar being able to get a US visa. “It really ruins his chances to come to the US because I will no longer have a job in the US,” Avery explained. “If I’m working in Dubai, that doesn’t count for his visa here. So it’s kind of like we’re back at square one, and we really don’t know what to do.”

Aside from the visa troubles, Avery and Omar’s relationship hasn’t changed too much as a result of the pandemic — mostly because Avery is thousands of miles away in the United States. “There’s really not much of a difference with Omar and I’s relationship right now during this crisis because we usually only talk via text or video chat. So, in that sense, it didn’t change,” Avery explained.

She said that she and her husband “talk for at least 2-3 hours a day on FaceTime” and “either text or call for the rest of the day.”

Avery currently lives in an apartment that she shares with her cat. She revealed that she works from home and says that she rarely ever leaves, aside from the occasional trip to the grocery store.

Unlike Avery, her mom Teri’s day-to-day life has been GREATLY impacted by the coronavirus pandemic! Avery revealed that Teri runs a drive-through COVID-19 testing center.

“I’m so proud of my mom for working so hard during this virus and putting her life on the line,” Avery said. “I know it’s nerve-racking and stressful having to go to work every day with sick people all around her. I just hope she knows I’m proud of her.”

Here’s a photo of Teri that Avery shared with TLC for the episode: 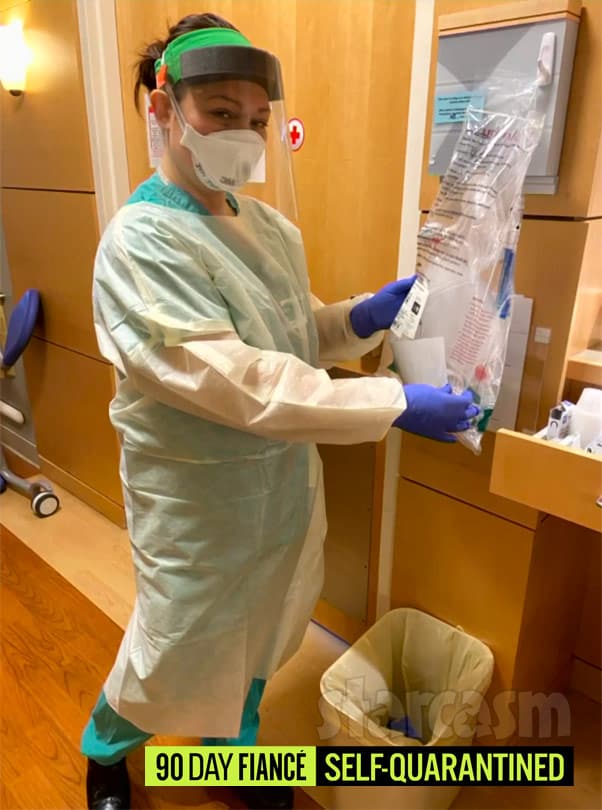 Teri revealed on Facebook that she is currently in Toledo, Ohio where she works three days in a row, then returns to her hotel room for four days. She says that being away from her family has been difficult, but it has allowed her additional time to study for her boards. That study time has apparently paid off as Teri earned her Master of Science in Adult-Gerontology Acute Care Nurse Practitioner earlier this month!

After her 13-week stint in Toledo, Teri plans to return to the hospital that she works at in Columbus, Ohio.

Before the 90 Days spoiler: Is Yolanda being catfished by Williams?