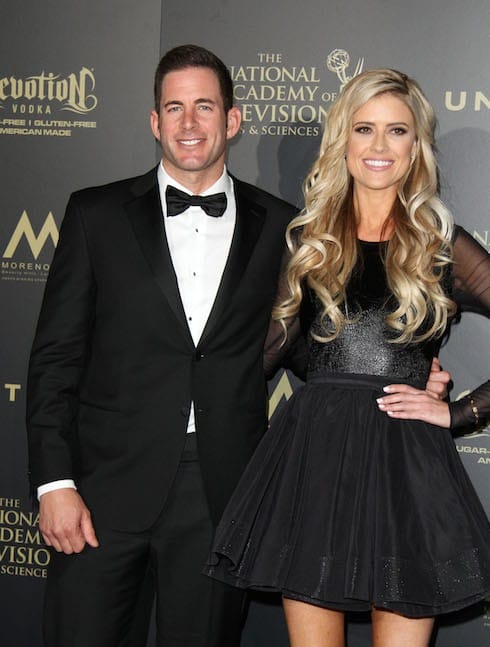 It took what was no doubt an insane amount of money, but the El Moussas have reunited–for business purposes only. In a surprise about-face, HGTV announced that Tarek and Christina are back together and the original Flip or Flop–which the network had intended to let wither and die once its stars’ contracts ran out–will shoot at least 20 more episodes.

The news isn’t a total and complete shock, though, since a mid-April report suggested that Christina El Moussa was considering getting back with Tarek strictly to continue work on their show, which was the second-highest rated on HGTV until Home Town came along. But, before that, the estranged couple allegedly refused to work toegther in any capacity and HGTV was forced to threaten them with a breach of contract lawsuit in order to get them to finish filming Flip or Flop Season 7.

Here are Tarek and Christina back together and sounding super excited about it:

BREAKING NEWS!!!!!! It's time to announce that our show, the OG Flip or Flop is being renewed for 20 episodes… I know many of our fans have been wondering about this and it's finally happening. Regardless of the situation, our job is to flip homes and create a TV show for people to enjoy around the world… be prepared for some disasters and crazy projects on the upcoming season… it's almost… GO TIME! Who's excited about this??? I am!

And, on a related note, here’s a hilarious takedown of the notion that Tarek and Christina are back together romantically from the good people at Gossip Cop. If you want to either a) develop a better understanding of how the gossip industry works or b) know what it feels like to be the judge who has to deal with Lionel Hutz, read their explanation of how we know the two of them are definitely not “working together” in that capacity.

Regardless of what happens with the El Moussas, HGTV comes out way ahead. They’re getting the original Flip or Flop back–and the show doesn’t appear to have been damaged, ratings-wise, by the nasty PR war Tarek and Christina waged for four months–and are still going ahead with plans for five spinoffs, one of which has already begun airing. So, if you’re a fan of the Flip or Flop premise, you’re in luck, because HGTV is about to deliver a glut of it

(Photo credits: Tarek and Christina are back together via Instagram, Adriana M. Barraza / WENN.com)