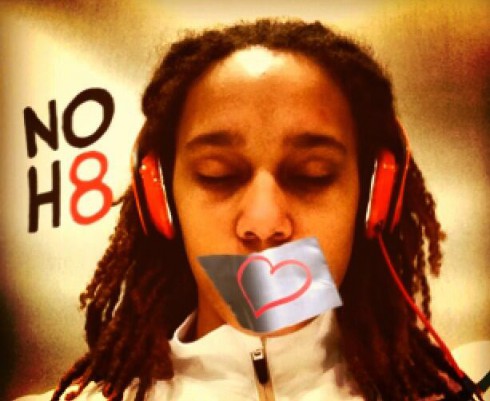 Brittney Griner is, without a doubt, one of the most dominant players in the history of women’s basketball. She can dunk like a man. She can rule the court like a man. But, she still can announce she was gay without it becoming a huge story — as it certainly would have with a man.

“I really couldn’t give an answer on why that’s so different,” Griner told Sports Illustrated about why coming out as a lesbian in the world of sports is responded to so differently than coming out as a gay man. “Being one that’s out, it’s just being who you are. Again, like I said, just be who you are. Don’t worry about what other people are going to say, because they’re always going to  say something, but, if you’re just true to yourself, let that shine through. Don’t hide who you really are.”

In fact, professional sports analysts and fans have been abuzz in recent months about the possibility of a male athlete coming out of the closet. As Time reported, this is significant because — in the history of professional sports — no American professional athlete in any of the four major sports has been open about his homosexuality while he was an active player.

It seems like that will soon change. Just this month, Brendan Ayanbadejo, a former NFL player, said he has knowledge that four men are preparing to open up about their sexualities.

“I think it will happen sooner than you think,” Ayanbadejo told the Baltimore Sun. “We’re in talks with a handful of players who are considering it. There are up to four players being talked to right now and they’re trying to be organized so they can come out on the same day together. It would make a major splash and take the pressure off one guy. It would be a monumental day if a handful or a few guys come out.”

So, why wasn’t it a monumental day when the No. 1 pick in the WNBA draft came out? 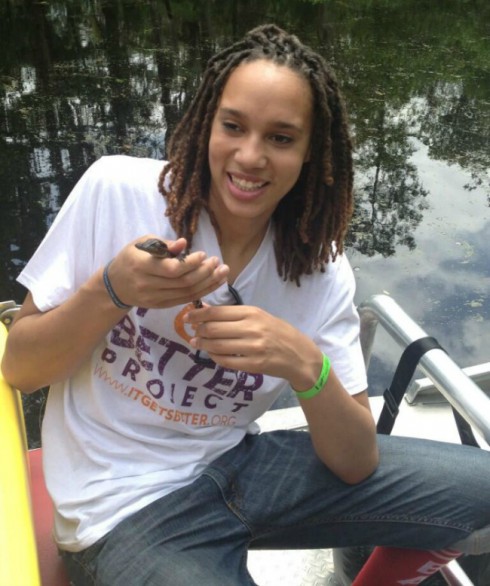 Even the statistics show that a story published on Outsports about the possibility of gay male athletes got 10 times the traffic of Griner’s actual announcement. The website later published an editorial about why this kind of double standard is detrimental to both members of the LGBT community and sports community: “By not paying attention to women’s sports, both in regards to our coming out stories and our struggles to overcome bigotry, we send a strong message to young women that our sports teams and our athletic pursuits are still far less important than our male counterparts.”

Then there’s the shock factor.

“In sports right now, there are two different stereotypes — that there are no gay male athletes, and every female athlete is a lesbian,” said Patrick Burke, a founder of You Can Play, an advocacy group for LGBT. “We’ve had tremendous success in getting straight male players to speak to the issue; we’re having a tougher time finding straight female athletes speaking on this issue because they’ve spent their entire careers fighting the perception that they’re a lesbian.”

In this case, Griner does deserve attention — in the form of praise. She may have been nonchalant with her comments, but she should know her stance will make a difference in the lives of younger athletes.