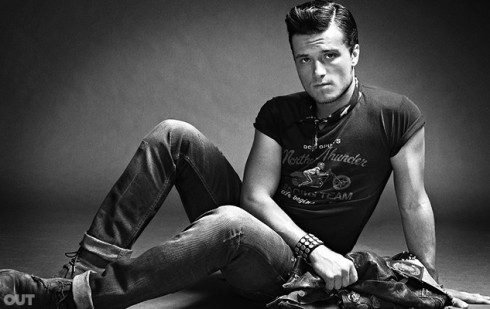 As an active supporter of Straight But Not Narrow, isn’t shocking Hunger Games‘ Josh Hutcherson’s proven before he’s willing to talk about sexuality in a broad sense. But, in his new feature interview with OUT Magazine, the actor demonstrated he’s also open to talking about his own experiences.

“I would probably list myself as mostly straight,” he said. “Maybe I could say right now I’m 100% straight… But who knows? In a f**king year, I could meet a guy and be like, ‘Whoa, I’m attracted to this person.'”

As the editors of OUT note, Josh’s mindset is increasingly common: In 2010, New York Times published research that shows more men identify as “heteroflexible” than ever before.

“They acknowledge some level of attraction to other men even as they say that they probably wouldn’t act on it, but … the right guy, the right day, a few beers and who knows,” columnist Charles M. Blow wrote for Gay? Whatever, Dude.

Josh certainly seems to fall within that group.

“I’ve never been, like, ‘Oh, I want to kiss that guy.’ I really love women,” the he soon-to-be 21-year-old said. “But I think defining yourself as 100% anything is kind of near-sighted and close-minded.” 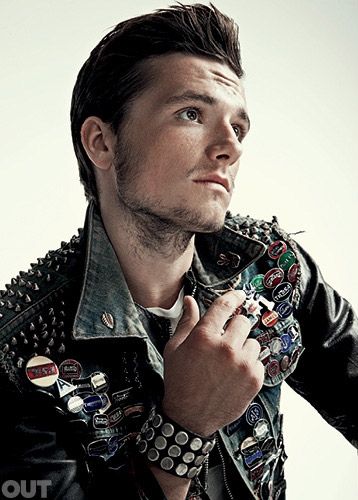 Now a strong advocate for LBGT rights, Josh explained he is so passionate about the causes because of his family experiences: Two of his four maternal great-uncles were gay. Both passed away from AIDS in the early 1990s, just before Josh was born. Although their deaths were tragic, Josh said his great-uncles’ legacies inspire him to be a good ally.

“Sometimes it’s frustrating to comprehend how people are not OK with it. If you can try to tell me how it’s hurting you, you’re crazy. You’re absolutely crazy. Like, what do you mean it’s not natural? Even if — even if, which, I disagree, but even if — why the f**k do you care?”

As an aspiring producer and director, Josh added he already has a script in his head for a potential conversation with a future child of his own…

LHHATL’s Stevie J starts feud with Mimi Faust over her girlfriend, then appears to call truce