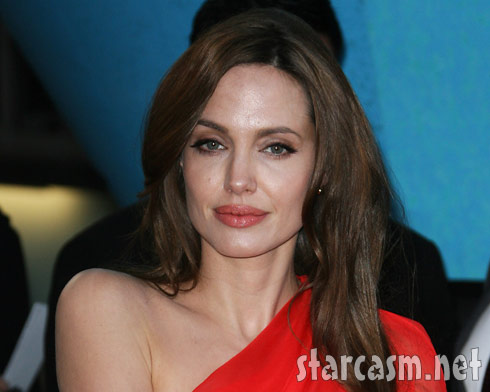 While infamous 16-year-old bride Courtney Stodden recently did a Pamela Anderson doppelganger shoot maybe she should have been going for the Angelina Jolie look instead.

In a piece in The Sun Angelina opened up about her late liberal-minded mother Marcheline Bertrand who died of ovarian cancer at the age of 56. In the open and heartfelt homage Angelina relates her experiences of raising her children to that of growing up under the tutelage of her actress and activist mother who separated from Angelina’s actor father Jon Voigt.

Jolie has never had a problem with making statements that go against the social norm and one reveal from this latest report certainly follows suit. She stated the following about her raising that has opened quite a few eyes:

“One of my boyfriends lived with me at my mum’s house when I was just 14. It was the smartest thing my mother could have done because, this way, we weren’t hanging out in a park together. We lived like a married couple for two years. By the time I was 16, I wanted my freedom and wanted to focus on work.”

Woah! Actually this info has been out there in various forms for a while now, the story basically goes that at 14 she dropped out of acting classes and started experimenting in seriously alternative lifestyles. She went goth, wore black, colored her hair purple and would do slam-dancing with her live-in boyfriend. They experimented heavily in S&M and Angelina once asked him to draw a blade along her jaw line, you can see a slightly visible scar there to this day.

Angelina once told reporters that:

“When I was 14, I collected knives. My first boyfriend and I ended up getting into some fighting in bed and being silly. People think that happens every time I go to bed. It was actually something he never wanted to do again. It was a mistake and we really hurt ourselves. It was just being young, you know, when you’re curious about vampires and that kind of thing.”

Angelina walks to the beat of her own drummer without question. She concluded her statements on Sun by affirming that if someone were to say that the actress reminded them of her mother when it came to raising children it would be considered a great compliment to her.

Dawson’s Creek cast: What are they doing now?