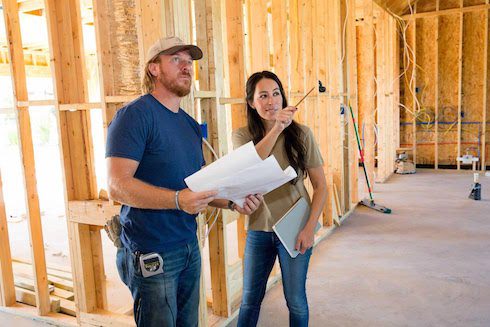 Chip and Joanna finished filming Fixer Upper‘s final episode some time ago — but when will the episode actually air? HGTV has been very hush-hush about the event; fortunately, thanks to our crack squad of TV detectives, we’ve been able to pinpoint the exact date. (We think.)

The only reason for our hesitation is we’re not 100% sure what the network considers proper Fixer Upper episodes. As we’ve explained before, Chip and Joanna are adamantly opposed to filming more than 16 episodes per season. However, Fixer Upper Seasons 3 and 4 both featured clip shows, complete with bloopers and outtakes, in order to add an extra week of goodness.

But we also know that, per HGTV’s press release for Fixer Upper Season 5, that the show’s final season will feature a grand total of 19 episodes. (Earlier press releases didn’t include a total number, in case you were wondering.) Given that Season 5’s clip show aired on March 6th, it would seem that the network somehow managed to wrangle two extra episodes out of the Gainses for their last hurrah.

But, given all that, when will Fixer Upper‘s final episode actually air? The Season premiered on November 21, and has aired new episodes every Tuesday from that date except on December 26th. And the 20th total Tuesday from then is the first Tuesday in April. So, assuming that the show doesn’t take any more weeks off between now and the finale, we’re betting that HGTV will air Fixer Upper‘s final episode on Tuesday, April 3rd.

In addition, we recently learned that that episode — which wrapped back in early November — will focus on Magnolia Table, Chip and Joanna’s brand-new restaurant in downtown Waco. (Click here for our feature on Magnolia Table.) Fixer Upper producer Michael Matsumoto shared a beautiful photo from the final episode’s final reveal:

Last reveal of the series. Doing the last interview with 1/2 of my twins. #fixerupper @joannagaines ?: @chipgaines

Back in November, Joanna also shared the balloon tunnel and general party she and Chip were treated to upon arriving for the last day’s shoot:

We made it to the finish line! We love these people @magnolia #fixerupper #season5iscoming

If you’re still shedding tears over the Gaines’ coming goodbye, don’t worry: thanks to the recent merger between Scripps (HGTV’s home network) and Discovery, it’s entirely possible that the couple will be back on the air as early as 2019. (And no: They’re not leaving Waco.)

Between now and then, though, Joanna and Chip will be a little bit busy: their fifth child is due in July.