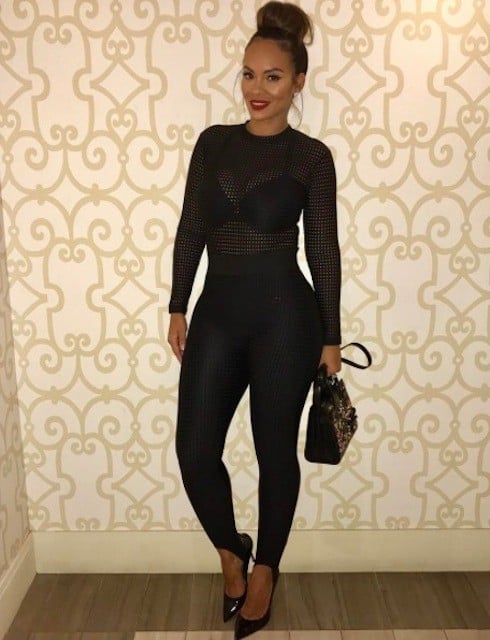 Evelyn Lozada and Carl Crawford got engaged over three years ago. At the time, the Basketball Wives star was still recovering from the trauma of the domestic abuse she suffered at the hands of former fiancé Chad Ochocinco, and said that she was “overjoyed and in complete and utter shock” to be engaged to Crawford. And, though her new beau was famously shy–though photos of the two of them together exist, very few have been taken since they went public in 2013–he was fine letting Evelyn’s 14.5 karat engagement ring speak for him:

RELATED: Evelyn Lozada is returning to Basketball Wives to help “change the direction of the show”

Since then, however, things have remained intriguingly quiet. Crawford doesn’t have a social media profile at all, another curiosity for a four-time Major League Baseball All-Star. (Though it’s worth pointing out that Carl pulled the ultimate privacy move in 2016 when he retired after 15 seasons.) So every concrete update on he and Evelyn’s relationship has come from Evelyn herself–like all the photos of Evelyn and Carl’s three-year-old son Carl Joe Crawford:

The most recent gossip involving their very long engagement suggest that things might not be well between the couple. “Split rumors” were reported by the Miami Herald last year, in an article whose content belied its juicy headline. Apparently, the real drama at the time was between Evelyn and the other WAGS (Wives and Girlfriends of ballers, which really should be WAGB): the then-40-year-old was accused of not being properly supportive of the team.

The Herald article also suggests that Evelyn might have still been shell shocked from the miscarriage she suffered on Thanksgiving Day 2015. It was the second miscarriage for Lozada, who responded (publicly) by saying that they “[made] her want to be a mom even more.”

Whether or not Evelyn and Carl intend to try for another baby or are planning their nuptuals at this very moment, fans shouldn’t expect the cameras to be rolling for any of the most important moments in the couple’s life together. “He doesn’t want to be a reality star,” Evelyn explained for E!, when asked whether her lack of public updates meant that she and Carl were no longer engaged. “He’s very, very private even before we met. I try to respect that.”

“I’m just very protective of my relationship,” Evelyn went on. “I think that’s one of the biggest misconceptions that people think. ‘Are they together? What’s going on?’ But that’s just me trying to do things differently than before.”

One other thing we know about the pair: Carl may be retired, but he’s got an extremely savvy agent:

Retired OF Carl Crawford will be paid $21,857,143 this season, NOT to play baseball for Los Angeles Dodgers. #OpeningDay