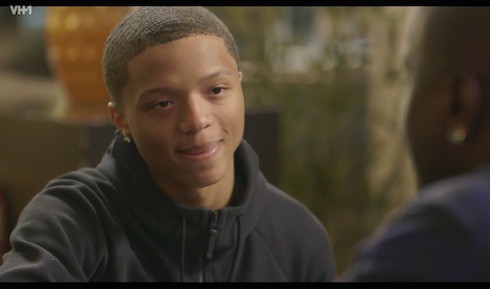 Love & Hip Hop Atlanta may be trying to tease out the legitimacy of Kirk Frost’s extracurricular baby drama for a few more episodes, but the show’s viewers seem to have long decided that Kirk Frost cheated and must suffer the consequences. Unfortunately for most of those viewers, it looks like Kirk and Rasheeda are still together. The two recently stepped out together for their first public appearance since LHHATL Season 6 and its baby mama storyline began airing; it was a paid appearance, but the two traveled together and seemed to be having a genuinely good time, as these photos and video clips suggest.

(Of course, the show has yet to begin airing the long-awaited plot involving Kirk’s alleged second baby mama, something one of the show’s producers reportedly spilled the tea on several weeks ago. So it’s possible that Kirk and Rasheeda are keeping up appearances until the curtain opens on that particular drama.)

RELATED: REPORT Kirk Frost had a baby on Rasheeda with two different women

However, one thing the show has been doing is depicting Kirk making the rounds admitting that he was unfaithful and asking for forgiveness from those closest to him. And, as a recently released bonus clip makes clear, one of the hardest things Kirk has had to do to this point in the season was confess to two of his children that the rumors they’ve been hearing about him sleeping around are true.

Surprisingly, though, things go better for Kirk than you might expect. Here’s the bonus Love & Hip Hop Atlanta clip featuring Kirk coming clean to his kids:

RELATED: PHOTOS How many kids and baby mamas does Kirk Frost have?

Dropping the news in a public place was definitely a smart move on Kirk’s part. But, to be fair to his kids’ intelligence, it’s pretty obvious about one second into his explanation that he has some confessing to do. Referring to the “situation” over and over again is one big red flag; gentle use of the phrase “a young lady” is another. Kirk does finally cut through the tension by just saying “I f*cked up.”

Kelsie drops the most mature advice, telling her father that “Marriage is for better or for worse” and reminding him that he needs to “Get it together [and] fix it.” But Ky has the response of the clip, reminding Kirk that “Hillary took Bill back.” It’s probably the nicest thing anyone who’s heard that Kirk Frost cheated has said about Kirk–or Rasheeda–over the past few months.

Is Stevie J about to reunite with Joseline for a new reality show?