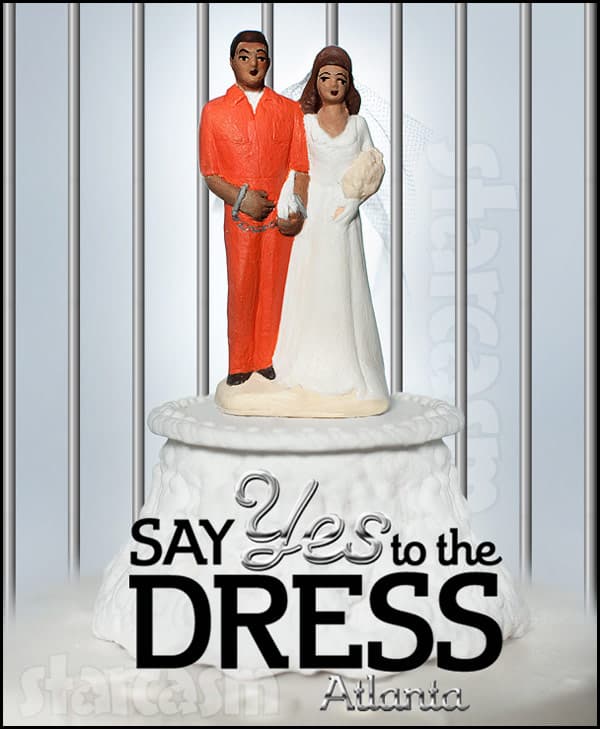 Some detractors of Apollo Nida’s fiancée Sherien Almufti have called the bride-to-be thirsty and accused her of using The Real Housewives of Atlanta star Phaedra Parks’ imprisoned estranged husband to garner fame and attention. Even if that is the case, those detractors have to admit the fact that the napkin-ringed Sherien is definitely getting her thirst quenched! After making a dramatic appearance on RHOA, the future Mrs. Nida will reportedly be appearing on an episode of Say Yes To The Dress Atlanta with a potential spin-off with Apollo to boot!

Fameolous first reported that Sherien would be appearing on the SYYTTD Atlanta with an Instagram post on Friday. “Apollo Nida’s wife @queensherien is in Atlanta right now filming for #sayyestothedress for her and Apollo’s wedding,” Fameolous dished. “It won’t air until Jan 18. The two may get a spin off once he’s released!??? Will you be watching or no?”

Say Yes To The Dress Atlanta has been on a bit of a hiatus, but show hosts Lori Burns Allen and Monte Durham confirmed on Facebook that they began shooting Season 10 on May 15. Last week they shared an update and revealed they were filming a “secret” bride.

“We had a special bride today, but you can’t tell who it is,” Lori told Monte in a Facebook video on Wednesday. The two then got into a silly discussion that seems to hint that the bride may have something to do with jail.

“Because it’s a secret.”

“So. like, if I spill the beans on this bride and tell this secret, could it end up in jail time?” Monte asks with raised eyebrows.

Lori and Monte reveal that SYTTD Atlanta will probably premiere in January of 2018, which is right in line with the Fameolous report.

On the same day that Lori and Monte were filming their “secret” bride, Sherien posted this photo at Beauty Bar Salons in Atlanta with her gal pals: 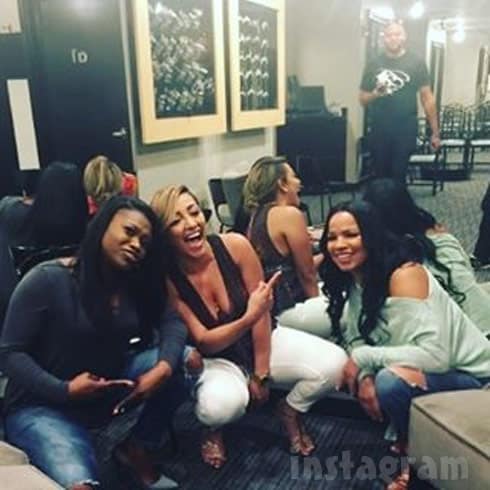 Speaking of Phaedra, I should point out that she was featured on an episode of Say Yes To The Dress Atlanta back in January of 2016. Phaedra was not the bride in the episode, but a consultant to a bride, who was a huge fan of hers. Here’s the episode description with a link to the full episode: 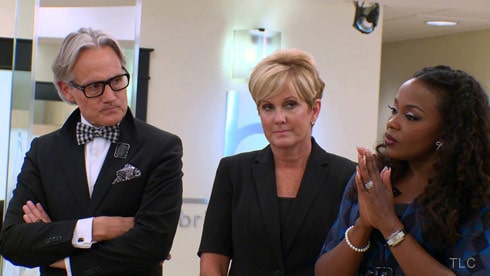 Say Yes To The Dress Atlanta
“What Would Phaedra Do?”

Bride Nikki gets a big surprise when her favorite celebrity idol shows up to help her choose the wedding gown of her dreams! Meanwhile, Bride Melody is ready to see her custom jet-black gown, but will her mom approve of this non-traditional choice?

In addition to previously featuring Phaedra, there is also the inconvenient fact that Apollo and Phaedra are still married. It should be fun to watch Lori and Monte tackle all that awkwardness!

So what do you think about an Apollo and Sherien spin-off? I’ve still got my money on Sherien officially joining The Real Housewives of Atlanta, but I’m not sure how the odds of that happening have been impacted by Phaedra getting the boot. It could mean less of a chance, but then again it could mean the opposite because fans could keep up with Phaedra (in a negative light) via Apollo. I suppose we will all have to wait and see.