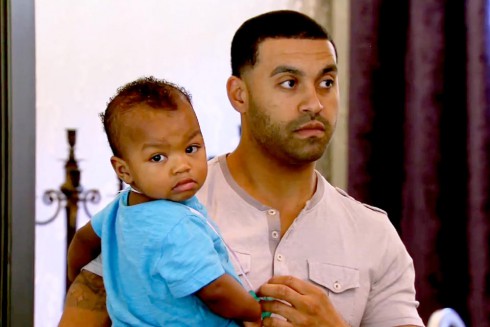 Between the high jinks of burning of friend contracts and mooning strangers from a moving vehicle, the most recent episode of The Real Housewives of Atlanta was able to offer up a heartfelt moment as we got to see Apollo spending quality time with his sons before beginning his prison sentence.

After he was convicted and sentenced to 8 years in prison for charges relating to fraud, Apollo and Phaedra’s relationship began sinking faster than the Titanic. This season on RHOA, viewers have gotten to see the couple’s fallout and the effect it’s had on their family.

In a touching scene, Apollo takes 4-year-old Ayden and 20-month-old Dylan for ice cream. During their outing, Apollo does his best to explain to his eldest what happens when daddy is bad and needs to be punished. Despite having to go away, Apollo makes sure say, “I will always be here for you, okay? I’ll be here for you and Dylan.” 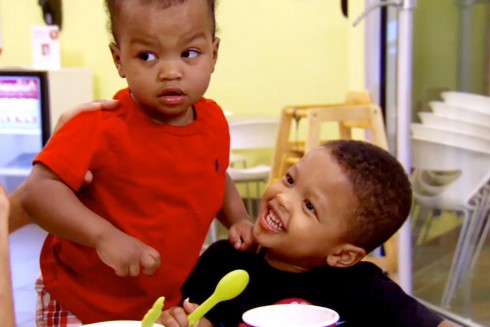 During his interview, Apollo addresses his sons directly.

Ayden and Dylan, I’m sorry this happened. I’m sorry I put myself in a position to be taken away from you, but it’s not forever. I’ll be home soon and hopefully you can come see me.

No matter what happens to the stars of these reality shows, it’s always sad when the children have to pay the price for their parent’s mistakes. It’s unfortunate knowing that Ayden and Dylan will go nearly a decade without having their father help raise them.

Don’t forget to catch the newest episodes of The Real Housewives of Atlanta when it airs every Sunday night at 8/7c on Bravo.