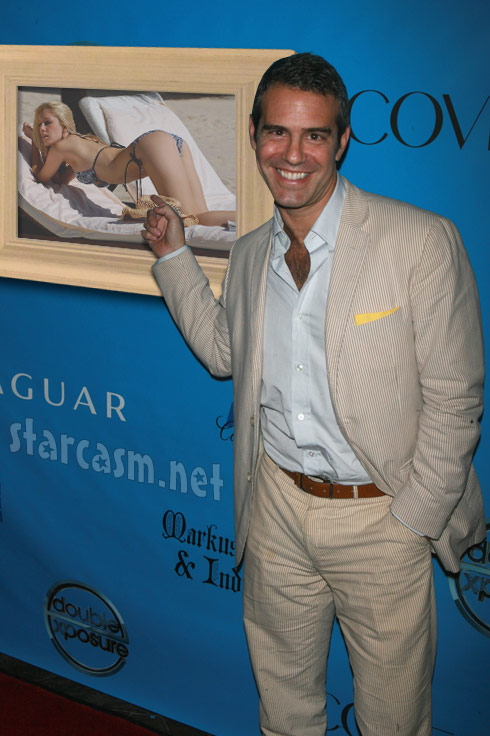 In addition to being the Executive Vice President of Original Programming and Development at Bravo, Andy Cohen is also the host of his own show, and he used that platform tonight to address rumors that Heidi Montag was in talks with the network to be the newest cast member of The Real Housewives of Beverly Hills.

On tonight’s episode of Watch What Happens Live the special guest was Jimmy Fallon and for almost the entire show it was all fun and games as the funniest man on late night television and Jimmy Fallon hooped it up about a number of real housewives as well as Jimmy’s recent appearance on Top Chef.

But, things seemed to take a serious turn towards the end of the show when Andy adopted a humorless tone and began…

“On Tuesday Heidi Montag tweeted ‘Watch out Real Housewives of Beverly Hills. Here comes Heidi…’ with a link to an article saying she and her husbland were talking to our producers about coming on the show.

“Professionally, I’m not supposed to discuss any negotiations so I have to parse my words here. That trash is delusional and I would sooner stab my knives into my eyes than see her on this network.

“But good news! Heidi, you’re on my show tonight because you’re the ‘Jackhole of the Week!'”

Dayummm!!! Heidi’s gonna need ten plastic surgeries on her ego after that one!

And just in case you wanted to see it, here’s a picture of Heidi’s tweet:

What are The Hills’ Spencer Pratt and Heidi Montag doing now?