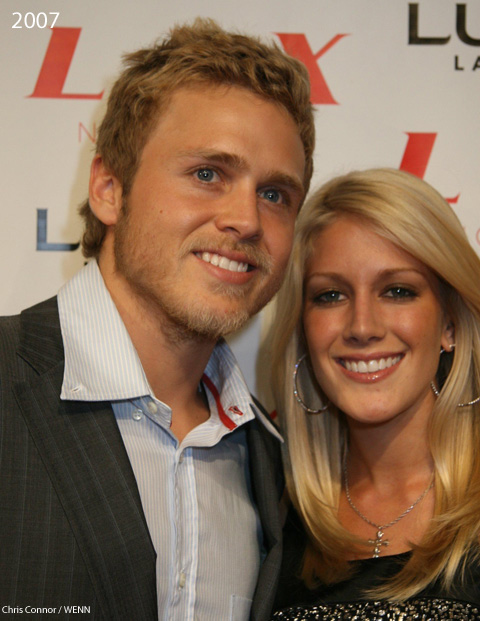 In a buildup to The Hills‘ alternate ending set to air Aug. 9 on MTV, the channel is running marathons of the now-retro show. It takes us back to LC, Kristin Cavallari, Audrina, Lo Bosworth, the whole bunch!

One pair, however, really knew how to dominate the headlines while they were on top: Speidi! They were so good at it they wrote a book about it. Maybe they should have read their book more thoroughly because they essentially dropped off the face of the earth. How are they? What are they doing now? 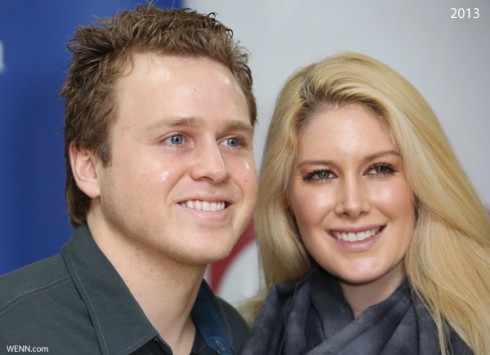 It’s no secret that they blew through reportedly $10 million shortly after the show ended in 2010, and then ended up living in Spencer’s parents’ guest house. According to US Weekly Pratt ended up with tons of debt, owing his agents “hundreds of thousands of dollars.”

In February 2010 Spencer announced he spent over $500,000 on healing crystals. In July, 2010 Heidi filed for divorce from Spencer, but they reconciled that September. Spencer was arrested in Costa Rica in September 2010. In 2011 Spencer enrolled in classes at the University Of Southern California, though it’s unclear if he actually earned a degree.

Heidi, who got a totally new face and body while filming the last season of The Hills, is still trying to ignite her singing career. In 2012 she released an EP. She’s also supposed to be working on a tell-all book, but there has been no word about that for years. In 2011 she competed for a stake in a restaurant with Danielle Staub, Jake Pavelka, and Ashley Dupre in VH1’s Famous Food. Multiple times she has publicly expressed regret over the amount of plastic surgery she got when she was only 23 including DDD breast implants, saying that it left scars on her body. In a macabe twist of fate, Heidi’s plastic surgeon died in a car crash. Minutes before he careened off the Pacific Coast Highway he tweeted: “After 25 years of driving by, I finally hiked to the top of the giant sand dune on the pch west of Malibu. Much harder than it looks! Whew!”

This January (2013) Heidi and Spencer resurfaced on the fame horizon by entering the UK Celebrity Big Brother house, and joking about spending all their money because they thought the world would end in 2012. “The thing is we heard that the planet was going to going to end in 2012. We thought we have got to spend this money before the asteroid hits,” Spencer said to UK mag The Mirror.

Click here to check up on Speidi’s The Hills co-star Audrina Patridge and find out what she’s been up to since the show wrapped!

UPDATE: In 2014 Heidi and Spencer appeared on ABC’s Celebrity Wife Swap, trading up with Amanda Beard and her husband. Although they claimed to have blown through $10 million, Spencer and Heidi were living in a nice beach house in Santa Barbara. Heidi still wants kids, but Spencer is reluctant. He appears to spend most of his days sleeping off hangovers and polishing his crystal collection, while Heidi fills her time meditating at the beach and taking care of her four small dogs.

Heidi Montag says her friendship with Lauren Conrad was F-A-K-E: ‘I spent years pretending to like her’