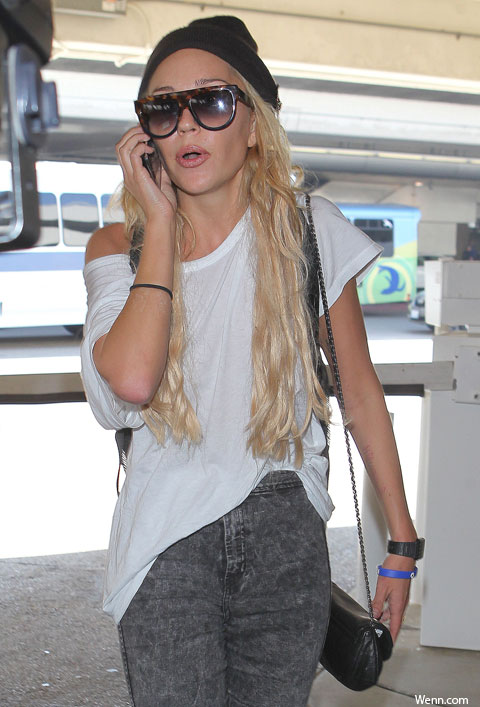 After a photo surfaced of Amanda Bynes sleeping on a couch at the Beverly Center, former reality star Heidi Montag reached out to say she could come sleep at her house.

Amanda took to Twitter to explain that her parents wouldn’t give her money for a hotel, (they are reportedly giving her $50 and $100 gift cards.) She says she’s been staying with friends, but didn’t get enough sleep, so she had a rest at the mall.

Heidi Montag offered Amanda her guest house, but Amanda didn’t publicly get back to Heidi. Today TMZ reported that Amanda’s new plan is to be a bartender for some extra cash.

@amandabynes you are more then welcome to crash in our guest house in Santa Barbara if you need somewhere to stay!DM me!