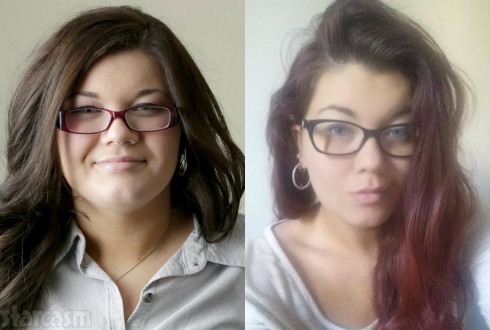 “36 lbs down and 15 more to go,” she tweeted earlier this morning along with the picture on the top right. “Almost at my goal.”

It seems Amber is getting more ambitious as the pounds fall off, because she said she only had 15 lbs. to go back in May — and it looks like she’s lost some weight since then. 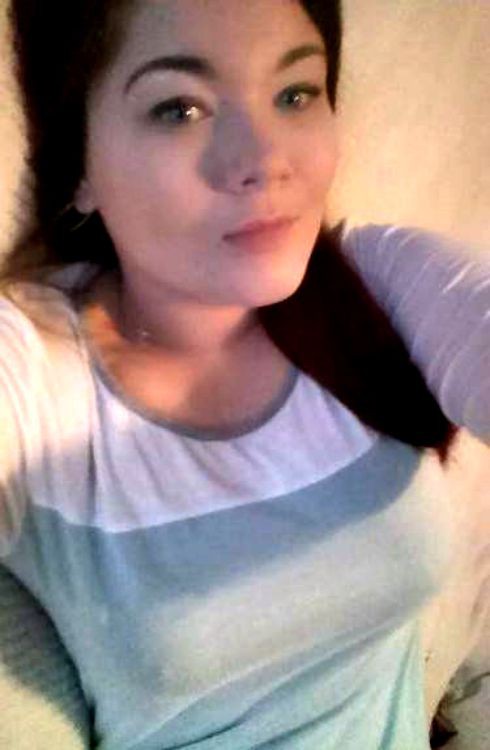 After posting today’s update, Amber explained to fans she’s accomplished it since this spring by “eating healthy and cutting bad carbs.” In other recent posts, she’s credited fiancé Matt Baier for his help and support. He even makes her a wholesome breakfast with eggs and fruit every morning! 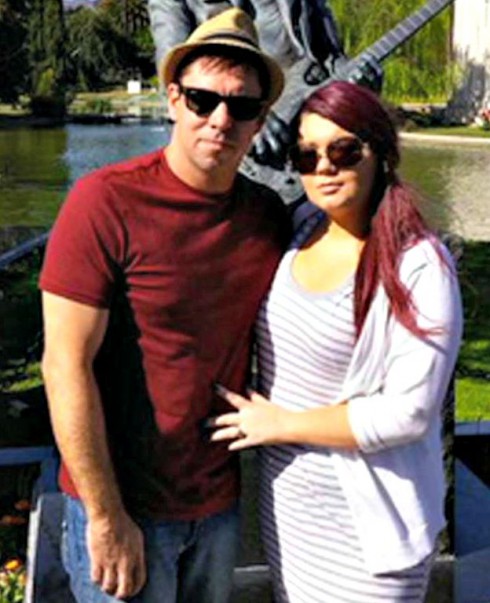 Actually, it sounds like Amber and Matt’s relationship is going well in general, despite past reports to the contrary.

“He’s never cheated on me it was a misunderstanding from an ex who wouldn’t let go. I reacted on my emotions to quickly,” Amber told a follower last week, referencing when she tweeted-and-deleted something about him cheating a few months ago. “He’s a great guy with a rocky past and I couldn’t be happier.”

Amber told another person they are still planning to get married, but aren’t in a rush.

“No set date yet,” she said last week. “We’re just enjoying each other for now hun.”

We’re glad to hear everything is going so well for Amber. As the title of her memoir says, it really is “Never Too Late” to make positive changes!