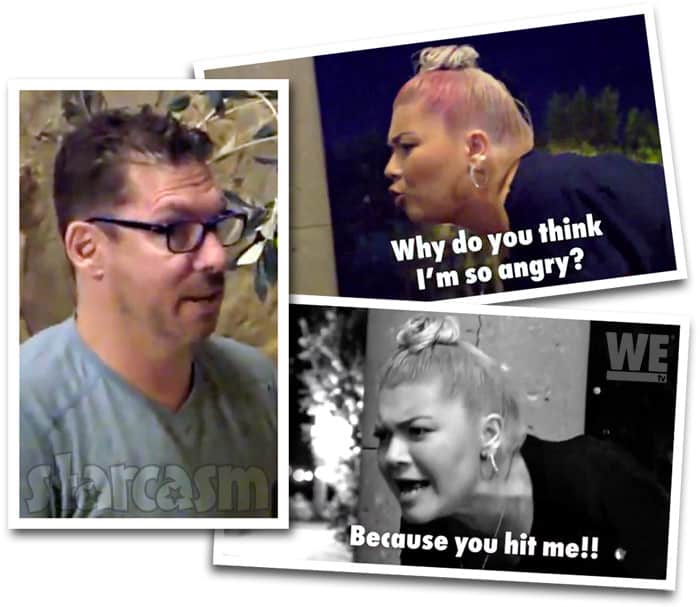 WE tv’s Marriage Boot Camp: Reality Stars Family Edition is set to return in March and the network just issued a promotional video for the new season in which they make light of Teen Mom OG star Amber Portwood’s anger issues with an “Amber Alert” montage of some of her outbursts viewers will see this season.

During the 23-second video we see Amber screaming at her mother, her ex Matt Baier, and The Real Housewives of Beverly Hills star Brandi Glanville. In between screaming at people, we see Amber taking out her frustration by furiously swinging a paddle at a punching bag — which looks to have been a group therapy project as the other cast members can be seen in the background holding paddles as well.

During her outburst with Matt, Amber seems to reveal that he was abusive towards her. “You’re a piece of sh#t,” she tells Matt in the final scene shown in the clip.

“Why do you think I’m so angry?” she demands angrily, before screaming the answer: “Because you hit me!!”

There have been rumors of domestic violence in Amber and Matt’s relationship for quite some time — and not just one way. Matt made headlines back in April when photos surfaced of him with a black eye and other facial injuries that he allegedly sent to women along with the claim that Amber was responsible. Matt later stated that the injuries were not from Amber but were caused by “roughhousing amongst my guy friends.”

Meanwhile, Farrah Abraham’s ex Simon Saran alleged that Matt was abusive towards Farrah’s co-star in his Twitter spat with Amber after the infamous Teen Mom OG Reunion brawl. “Sad thing is Matt beats Ambers ass behind closed doors,” he tweeted. Amber denied the claims in her response: “Never ever ever has happened lol,” she tweeted, adding of Simon: “he just wants to be famous. God this is disgusting honestly??! What a loser.”

When asked how he knew about the alleged abuse, Simon said “I have a very good insider. I don’t need to lie.” He later wrote: “Be patient. It will all come out.”

The confrontation with Brandi Glanville should come as no surprise either, as Amber not-so-subtly identified Brandi as a major source of frustration for her while in the Boot Camp house when she tweeted about a “blonde jack*ss” and a “drunk bimbo” in the house. She later stated that she regretted agreeing to do the show at all. When someone replied that at least she didn’t have to live with Farrah, Amber shocked her followers by admitting “I wish Farrah was here. lol…I would be much happier.” 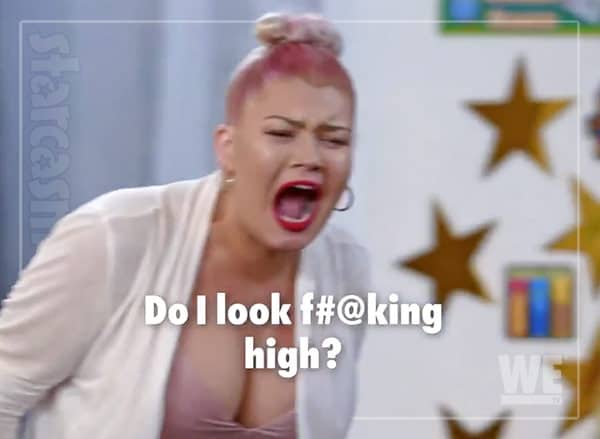 Amber Portwood’s anger issues have been well documented on MTV, dating all the way back to her first appearance on 16 and Pregnant. It was her on-screen physical attacks of ex Gar Shirley that led to her first arrest and conviction for domestic violence. (She later opted for jail time after violating her probation from that arrest with a laundry list of alleged violations.) Amber has spoken numerous times about being diagnosed as bipolar and dissociative, and she voluntarily entered a rehab facility in 2011 for help with her anger issues as well as depression.

Marriage Boot Camp: Reality Stars Family Edition is set to premiere on WE tv in March, which means that episodes will feel almost like time capsules for Teen Mom OG fans. Amber and Matt broke up so long ago that he has already married someone else and Amber is close to giving birth to another man’s baby. (Actually, there has been some debate lately about the paternity because of her due date.)

There is no doubt that Amber will bring the drama — and perhaps the ratings — this season. The only question that I have is whether or not the show will bring her any actual help? This promo certainly seems more exploitative and damaging than helpful to Amber in any way. Maybe she will have her big break through when they have a fake funeral for Matt? Mmmmm… I guess we will have to tune in to find out. 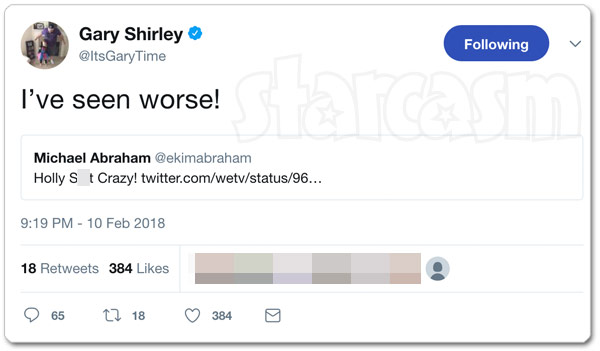