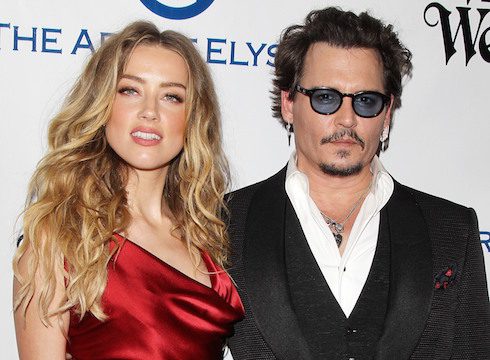 THE BLEMISH – Apparently the poo that broke the puppy’s back in Johnny Depp and Amber Heard’s marriage was the time that he was two hours late to her birthday party and she was so mad at him that she took a sh!t in their bed, which she blamed on their six-pound dog and which the housekeeper who found the pile of sh!t said was way too big to be from a dog that small. The housekeeper is the victim in this story

LAINEY GOSSIP – Here’s what Priyanka Chopra’s engagement ring looks like, via Priyanka herself. It’s apparently worth around $200,000, yet somehow manages to be much more visually impressive and bling-tastic than Hailey Baldwin’s ring, which cost $500,000 and underwhelmed

DLISTED – To the surprise of probably no one, Dr. Pimple Popper, which has been a ratings smash for TLC since its debut, got renewed for a second season before the first season finale even aired

REALITY TV – It sounds like Monique Samuels might be the only The Real Housewives of Potomac fan who was disappointed with the season just ended & the reunion special specifically. Monique claims she wanted “closure” with three of her fellow cast members — but where’s the fun in that, when there’s always a new season to film?

CELEBITCHY – Not really sure why Lena Dunham decided to share a list of baby names she and her ex Jack Antonoff came up with back in 2015, but since they a) are broken up, b) never had a baby anyway, and c) thought gems like “Shogo,” “Rah,” and “Carrot” should be affixed to a living person, maybe things turned out for the best?

JEZEBEL – Here’s the story of a woman who accidentally left a contact lens in her left eye for 28 years. (The moral of the story is don’t ply badminton.)

VOX – The term “millennial” is overused and dead; it’s past time we find a new one

THE ASHLEY’S REALITY ROUNDUP – Lo Bosworth, of Laguna Beach fame, thinks that reality TV shows perpetuate anti-feminist stereotypes and “[perpetuate] a culture of drama” and has no interest in participating in one

THE BLAST – The celebrity hair surgeon who Nicki Minaj told the world that both Safaree and Tyga went to is now seeing a booming business thanks to her tirade and Tyga giving him a shout-out. The strangest part of this story: Tyga still has five million-plus social media followers

PAJIBA – The newest trailer for Widows, the forthcoming Viola Davis heist movie, is here. This movie still looks like Crazy Rich Asians for women in high-stakes crime dramas and both trailers have been the f*cking bomb diggity. It doesn’t come out for three months, so get a sitter now