An explosive new report from The Hollywood Reporter found animal injuries are routinely covered up by the American Humane Association (AHA), the nonprofit organization that grants “No Animals Were Harmed” seals. In some unreported incidents, animals used in major films and television shows were even killed during on-set accidents.

Throughout its lengthy investigation of the 139-year-old association, The Hollywood Reporter discovered there are often improper conflicts of interest between AHA monitors and the entertainment professional they are supposedly watchdogging.

In one case, Gina Johnson, the AHA monitor assigned to Life of Pi became intimately involved with a “high-ranking production executive” while on set. When King, the tiger central to the movie, “damn near drowned” during one scene, Gina seemed to laugh it off in a private email to a co-worker.

“This one take with him just went really bad and he got lost trying to swim to the side… I think this goes without saying but DON’T MENTION IT TO ANYONE, ESPECIALLY THE OFFICE! I have downplayed the f**k out of it.” 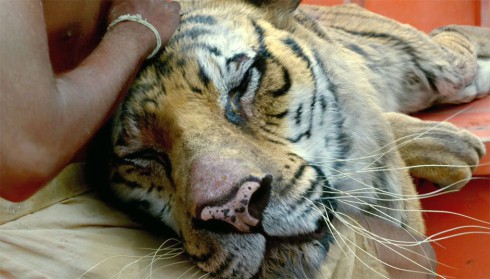 In a handful of other cases, animals used for the television or film productions fared even worse. One of the few data mines of AHA documents revealed that 58 horses were injured and eight were killed during productions between 2001 and 2006. In a later incident, a horse used for War Horse died while in transit. However, according to an ongoing court case between former a Studio City executive, the AHA didn’t want to harm its relationship with influential director Steven Spielberg by raising a flag. The film ultimately received the “No Animals Were Harmed” stamp. 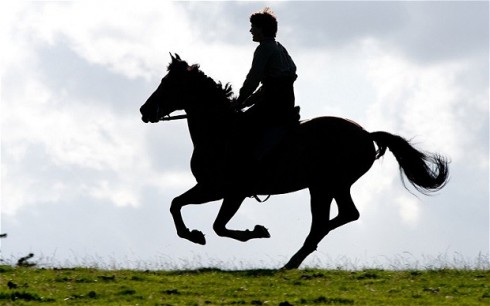 Another AHA employee said it’s common practice to sweep incidents under the rug if a profitable relationship is at stake.

“The AHA does not explain why the films get the ratings they do to hide the fact that they do not give them accurately across the board and that special relationships may be taken into account,” the anonymous employee said. “Management pressures postproduction [its department responsible for the assessments] to give good reviews. Even relationships that aren’t special yet might be in the future, and they don’t want to rock the boat.”

PETA Senior Vice President Kathy Guillermo said the problem with those kinds of policies is “the animals are always going to lose.” 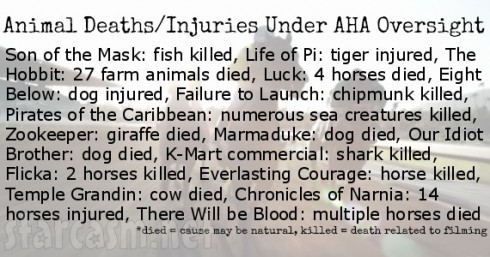 Of allegations that the AHA is more concerned with industry connections than animal welfare, Dr. S. Kwane Stewart, the veterinarian in charge of the AHA’s “No Animals Were Harmed” accreditation group, told The Hollywood Reporter that simply isn’t the case.

“We first and foremost want to keep the animals safe,” he said. “We need to keep in mind that [the producers and directors of productions the AHA monitors] want to arrive at their vision as well.”

Dr. Stewart and many other officials from the AHA are quick to point out they have a 99.98 percent safety rating.

“With published guidelines and highly-trained staff, we are a valuable resource for producers, filmmakers and screen writers. Our team members work with industry professionals to protect animal actors and promote animal welfare,” the AHA website boasts.

However, one internal critic told The Hollywood Reporter that the safety rating is “a total B.S. number made up for PR purposes.” Instead, that employee and many others claim the AHA has a way of twisting evidence to suit its needs. For example, the AHA resisted investigating why 27 animals died while on a hiatus from filming The Hobbit: An Unexpected Journey — despite encouragement from the animals’ trainer — because the incidents did not occur during active filming. That movie eventually received a credit noting the AHA “monitored all of the significant animal action. No animals were harmed during such action.” 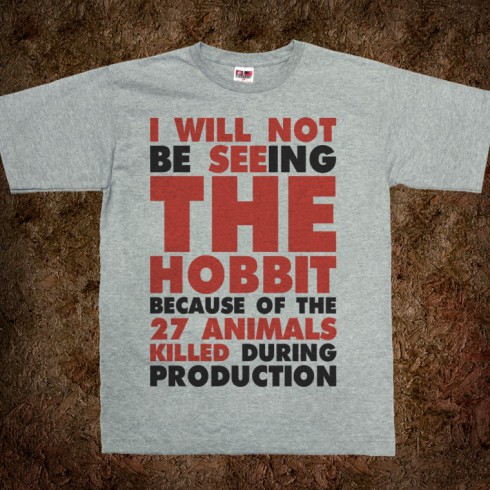 Speaking with The Hollywood Reporter, AHA board member Candy Spelling seemed to unintentionally support the critics’ claims that the AHA has a way of manipulating the “No Animals Were Harmed” ratings for their own benefit.

“I think what people think [it means] is that when a horse dies in the movies, it didn’t really die,” said Candy, Aaron Spelling’s widow. “I think that people think [the AHA’s monitoring] is just when the cameras are rolling… I assume that no animals were harmed during the shooting.”

One employee said that’s a classic example of the AHA trying to save face.

“If we acknowledge that something went wrong and wasn’t a ‘tragic, unpreventable accident,’ it means we bear some responsibility… The AHA does not want responsibility.”

In the length Hollywood Reporter article, more than 45 animal deaths were specifically references. Dozens more were injured on film or television sets. Yet, the AHA appears resistant to admit there are any issues. As one employee said: “The moral compass of the entire place is off the hook. We’ve been hopeful for change, but not this. It’s not changing. It’s getting worse.”