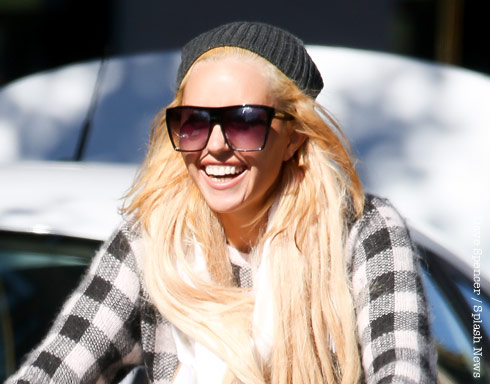 Amanda Bynes is still out and about after getting herself out of an involuntary hold from a California psychiatric facility. The 28-year-old is also still tweeting information about her current situation…

Here’s the latest from Bynes, posted early this morning, about her current state of well being and her plans moving forward in regards to her parents’ conservatorship: 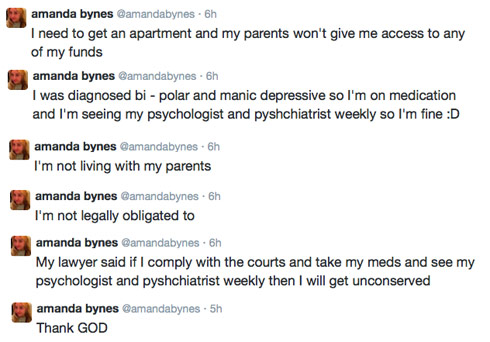 Amanda deleted a number of other tweets that she posted this morning as well as removing a large number of previous headline-generating communications that blasted her family.

Bipolar disorder is a complex disorder that likely stems from a combination of genetic and non-genetic factors. The mood episodes associated with it involve clinical depression or mania (extreme elation and high energy) with periods of normal mood and energy in between episodes.

The severity of mood episodes can range from very mild to extreme, and they can happen gradually or suddenly within a timeframe of days to weeks. When discrete mood episodes happen four or more times per year, the process is called rapid cycling. Rapid cycling should not be confused with very frequent moment-to-moment changes in mood, which can sometimes occur in people with bipolar disorder or other conditions such as borderline personality disorder.

Along with manic or depressive episodes, patients with bipolar disorder may have disturbances in thinking. They may also have distortions of perception and impairment in social functioning.

Amanda Bynes is finally talking to her family

Amanda Bynes says there’s a microchip in her brain, wants $1 from everyone reading her mind