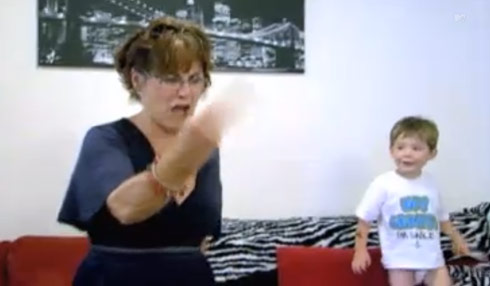 In last week’s episode of Teen Mom 2 things were looking almost hunky dory in the usually scream-filled world of Jenelle Evans and mom Barbara Evans as the mother and daughter enjoyed a seemingly peaceful 3rd birthday party for Jenelle’s son Jace. Heck, even Babs and Kieffer were getting along!

But, as you probably guessed, the peace was not to last. We got a little foreshadowing of the storm on the horizon when Barbara tried to talk to Jenelle about finances, of which Jenelle apparently has less than none. That conversation will be continued in next week’s episode, and things get really emotional really quick:

The clip begins with Barbara and Jace arriving at Jenelle and Kieffer’s place and Kieffer sarcastically asks Barbara if she likes the new saw Jenelle bought for his “tobacco” pipe business. Barbara then asks Jenelle if she’s paid the rent, to which Jenelle responds by saying no, but that she’s paid all her other bills, like cable and cell phone. 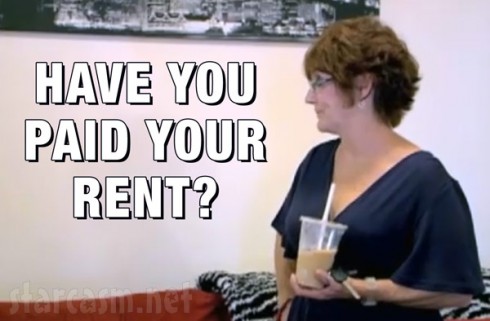 “You have not changed,” Barbara says, “When you met him and you two were homeless and you were arrested, you two were the same thing! Déjà vu! Same way!”

At this point Barbara and Jenelle go back and forth about Jace and Kieffer before Kieffer is heard in the background asking “Why are you 60 years old and working at a deli, bitching at us?”

Jenelle takes Kieffer’s lead and follows with, “You’re a deli person that’s going to work at f***ing Walmart the rest of your life!”

The comment was too much for Barbara, who is clearly hurt when she gives Jenelle the finger and a big “F*** you!”

Jenelle threatens to take Jace and run away and never come back, to which Barbara responds with, “Wait til we say, ‘Oh, Jenelle lives with a convicted felon.'”

Kieffer chimes in from the kitchen/woodshop with his potential million dollar t-shirt slogan, “So? Bein’ a felon ain’t illegal!” 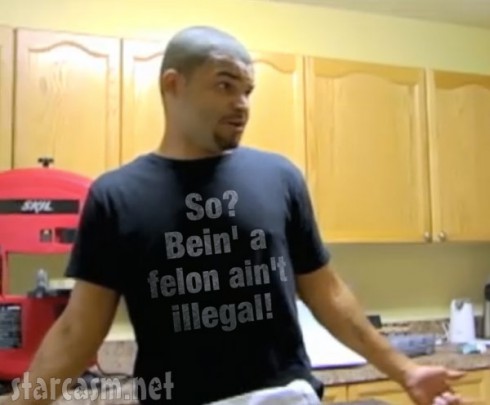 As usual, Jace is quiet throughout, seemingly impervious to it all. But, as we all know, kids are never impervious.

You can catch the all new episode of Teen Mom 2 Monday night at 10/9c on MTV!