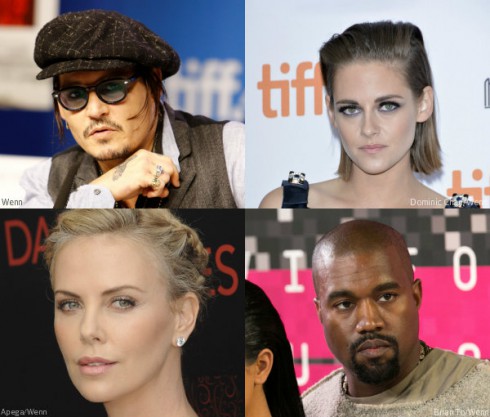 Here is a comprehensive list of the things that are actually like rape: rape. Here is a list of the things celebrities have compared to the act: being famous, getting photographed, and participating in social media. Although each time a headline says “Celebrity Compares Fill-In-The-Blank To Rape,” that person inevitably gets a ton a backlash, their peers never seem to learn.

Candace Cameron was the latest to put her foot in her mouth, when she said on The View this week that dealing with social media trolls is akin to rape. Her comments came about during a discussion about Lena Dunham’s new Twitter policy. Candace said, “I’ve never been more verbally abused in my life than on Twitter, and specifically in the last few months, having come on this show….You don’t have to verbally abuse me and rape me. That’s what they do to me on Twitter.” (Surprisingly, none of the other panelists skipped a beat.)

From what I can find, the documented history of celebrities using the same metaphor goes back at least three decades to 1985, when tennis star John McEnroe said, “I’m beginning to think that celebrity is like rape, or close to it.” There aren’t any significant reports of celebrities making that same comparison for the next 25 years, until Kristen Stewart stepped into the murky waters during a chat with Elle UK. In that interview, she said of dealing with paparazzi, “What you don’t see are the cameras shoved in my face and the bizarre intrusive questions being asked, or the people falling over themselves, screaming and taunting to get a reaction. The photos are so…I feel like I’m looking at someone being raped.”

She got some major backlash for that comment, which led her to apologize. “I really made an enormous mistake – clearly and obviously,” she told People, explaining “violated” would have been a better term. “And I’m really sorry about my choice of words.”

Although it sounds like she learned her lesson, some of her peers apparently didn’t: One year later, Johnny Depp said during an interview with Vanity Fair of photo shoots, “Well, you just feel like you’re being raped somehow. Raped…it feels like a kind of weird — just weird, man. [I’ll pose with fans], but whenever you have a photo shoot or something like that, it’s like — you just feel dumb. It’s just so stupid.” He later said his comments were “regretful” and added, “I am truly sorry for offending anyone in any way. I never meant to. It was a poor choice of words on my part in an effort to explain a feeling. I understand there is no comparison and I am very regretful. In an effort to correct my lack of judgment, please accept my heartfelt apology.”

But Charlize Theron wasn’t listening. Three years later, the actress made a similar misstep when she compared intrusions from the press to rape. Speaking specifically about why she doesn’t Google herself, she said, “When you start living in that world, and doing that, you start feeling raped.”

Charlize even doubled-down when the reported asked if she wanted to rephrase. She said, “When it comes to your son and your private life…maybe that’s just me. Some people relish in all of that stuff. There are certain things in my life that I think of as very sacred and I’m very protective over them.”

Months later, the never-apologetic Kanye West said something similar about how he feels when his picture is taken without his permission. He said during a mid-concert rant, “I want to bring my family to the movies without 30 motherf**kers following me. Everybody here, they like sex right? Sex is great when you and your partner be like ‘hey, this is what we both want to do.’ But if one of those people don’t want to do that, what does that constitute, that’s called rape. That is called violation.”

When will they learn?