No stranger to controversial TV shows, TLC will be premiering its new six-episode series Sex In Public tonight at 10/9c. Prior to the premiere, the Parents Television Council issued a statement condemning the network for airing the series. “TLC once stood for The Learning Channel,” said PTC president Tim Winter, “but today it stands for Totally Ludicrous Content.” However, the show isn’t really as racy as its title suggests–viewers tuning in hoping to see people making sweet love in public are going to be very disappointed.

So, what is the show Sex In Public? Here’s the description from the TLC press release:

Therapist Jill Dictrow goes undercover in the most unsuspecting of places in an attempt to get real people to open up about the good, the bad, and the un-sexy when it comes to their personal lives. Sex In Public, is more than just talking about sex – it’s about helping people who are too shy, too nervous, or too embarrassed to go to a friend, relative, or even a therapist to seek help on their relationships. Sometimes, it’s easier for people to speak with complete strangers, and you won’t believe what Jill finds out when she starts talking about Sex In Public on Friday, October 2nd at 10/9c on TLC.

Jill is going undercover and setting up hidden cameras, offering free advice to people in some of the least private locations – the mall, a bridal shop, a park, and more. SEX IN PUBLIC is an unprecedented way for couples, friends and individuals to work on their sexual, dating, and emotional issues. Each week, Jill puts herself in seemingly awkward situations, with the goal of helping complete strangers resolve the topics they’re most eager to talk about, but most hesitant.

Sounds like it’s kind of like the Inside Amy Schumer street interviews, but a little more serious and a little less funny. Here is a preview clip:

In the premiere episode of Sex In Public, Jill plays matchmaker when she meets two friends at the mall – on massage chairs – who have feelings for each other, but have been too coy to confess them. She tries to get them to quit playing games and guides them on how to get out of the “friend-zone.” She goes undercover as a bride-to-be in a bridal shop and helps a woman come to terms with her troubled engagement. Then, while at an open-house, Jill gets a pair of roommates to open up about their sexual tension. Last, she heads to the food court where she meets a group of friends and helps them navigate the best way to satisfy their sexual appetites and overcome hurdles in their relationships. 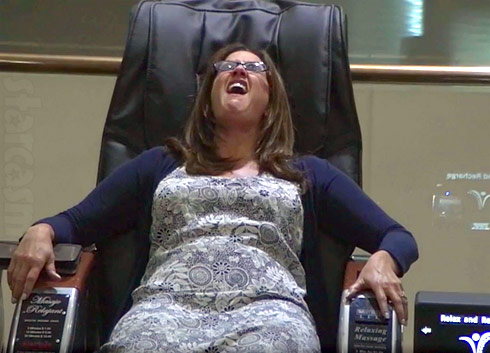 And for those of you who were curious, here is the full statement condemning Sex In Public from the Parents Television Council:

According to news reports, a therapist goes undercover and ambushes strangers with the hope of getting them to open up about their sex lives on camera.

“TLC once stood for The Learning Channel, but today it stands for Totally Ludicrous Content. Sadly, this once-noble programmer is the latest in a string of basic cable networks using provocative titles and explicit content in a desperate move to attract attention. And because TLC is part of the cable network bundle, it can use its unfair business leverage to force every cable subscriber in the country to pay for its explicit content, whether subscribers want it or not,” said PTC President Tim Winter.

While this show is being touted as ‘therapy,’ the title alone gives parents everywhere pause. No doubt the network will rate the explicit sexual dialogue as appropriate for children as young as 14 years of age.

“We are urging advertisers to steer clear of Sex In Public and other TLC shows that are clearly designed to shock and accelerate TLC’s apparent goal of pandering to the lowest common denominator. And we are calling on TLC to issue a refund to the 99.95% of cable subscribers in America who don’t want to watch – or pay for – a program like Sex In Public.”

Sex In Public premieres Friday, October 2 at 10/9c on TLC.