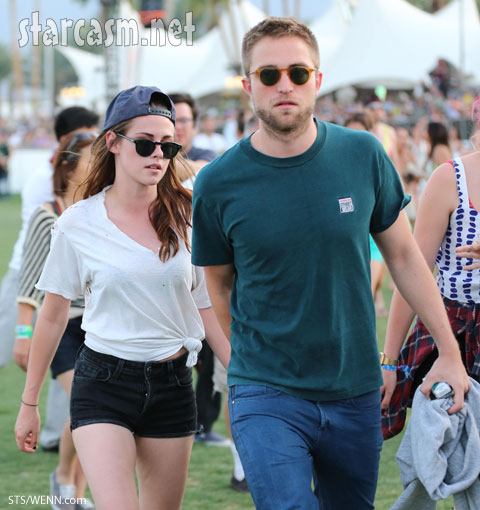 E! News has a source saying that Robert Pattinson and Kristen Stewart have called it quits after an on-and-off relationship lasting more than three years, but will continue to live together.

“They are going to stay living at Kristen’s house because of the dogs,” the source said. “It’s not fully over or he would have moved out.”

They have been going through a rough time since her affair with Snow White and the Huntsman director Rupert Sanders came to light last summer, but they never completely split up. E!’s source says that they’ve been fighting about “priorities,” but that this split isn’t final either. “They will be back together in no time,” the source claims.

A source talked to People corroborating this break-up story, saying “Kristen has been in a terrible mood, and it was obvious that things were not great with Rob.”

According to the sources the trouble was noticeable when Kristen was absent from Rob’s 27th birthday celebration May 13.

Are Ben Affleck and Jennifer Garner getting a divorce?

Robert Pattinson made a ‘profound change’