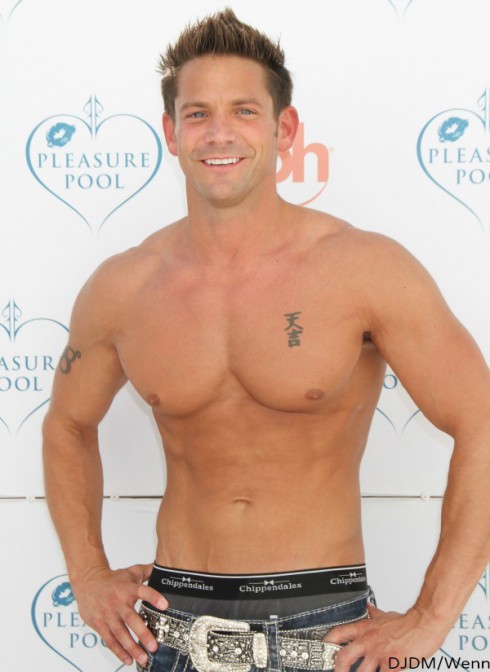 Hubba, hubba! 98 Degrees’ Jeff Timmons is doing pretty well for himself these day — both physically and professionally.

According to Billboard, the 40-year-old singer is spinning off of Men of the Strip, a traveling troupe of “pretty vanilla” male strippers, with a reality show.

“We’ve finished a deal with a network, though I can’t say which one yet,” Jeff said. “We think we’re going to start airing in the spring, and that’s when we’ll launch the show full-time just in Las Vegas. Right now we’re touring and filming the process.”

In terms of live performances from Men of the Strip, Jeff said selling tickets was easy.

“It basically has the same fan base, the same fans that came and saw us and New Kids and Boyz II Men this summer,” Jeff said of a package tour with the other boy bands. “It’s edgy, but mostly the same thing 98 Degrees does — sing, dance, take their shirts off. They’re all hams, very charismatic. The fans really love it.” 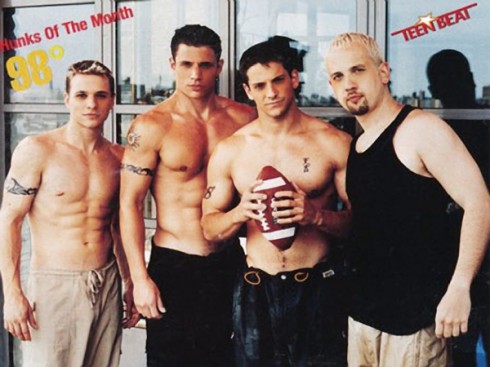 Just like in the good ol’ days, Jeff is often enticed to take his own shirt off during the Men of the Strip shows.

“I do the obligatory ‘take your shirt off,’ but it’s nothing like these other guys,” he said. “In 98 Degrees, we’re in shape, but these guys are all like 6-2 and ripped to the kills. I try to avoid taking my shirt off when I can get away with it, just to avoid the comparison.”

Unfortunately for many of us, Jeff is a taken man. He just celebrated his third wedding anniversary with wife Amanda. They have four children, including two from his first marriage.