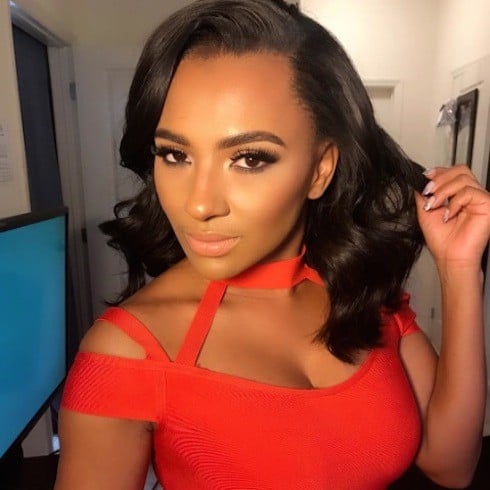 The latest chapter in the seemingly never-ending story of Peter Gunz, Tara Wallace, and Amina Buddafly is here–and Love & Hip Hop New York fans will likely be shaking their heads or salivating at the development. According to yet another new rumor, one backed up by a clip from VH1 itself, Peter and Amina might be finished, and Peter and Tara here to stay.

It’s something that blog-watchers have been wondering about for almost a year, ever since Amina insisted on a trial separation from Peter and moved herself, plus little baby Bronx, out to the West Coast. Amina and Peter appear to be on good terms, but she’s still living it up out in LA, while Peter remains New York-bound. And their social media feeds, while full of good wishes for each other (and frequent photographs of Peter hugging it up with he and Amina’s kids), remain pretty empty as far as genuine updates are concerned.

So, keeping all of that in mind, here’s VH1’s latest LHHNY Season 7 teaser. It looks like Peter, having dealt with he and Cisco’s dollar drama, is ready to move on to matters of the heart:

That’s right: While Amina was busy putting pen to paper and churning out The Other Woman, her memoir of the last few years, Tara also wrote a book. The Goddess Potential had the potential to be cathartic…except that it might have gone and churned up old feelings for her when Peter got ahold of it.

But Tara, sensing that Peter might not be as done with Amina as he says he is, isn’t having any of it. “I don’t want to deal with this today,” she says, dismissively. “It’s like, don’t come challenging everything that I’m working toward with the same old thing.”

But Peter, trying to come clean at long last, says he’s “tired” of lying, cheating, and “do[ing] the wrong thing.” He tells a shocked Tara “I want to try” to make things work between the two of them.

So far, the only clue as to whether Peter and Tara are actually back together is a bit of a stretch. As LHHNY fans have noted, the two of them appeared to come down with the flu at the exact same time last week:

#Mood #peace #serene #life #love But I'm so sick I can't even have my coffee.

It’s a stretch, true. But, given that there are only three more episodes left in LHHNY Season 7 before the reunion airs, it seems likely that we’ll get something of a resolution before too long.

(Photo credits: Did Peter Gunz get back together with Tara Wallace via Instagram)