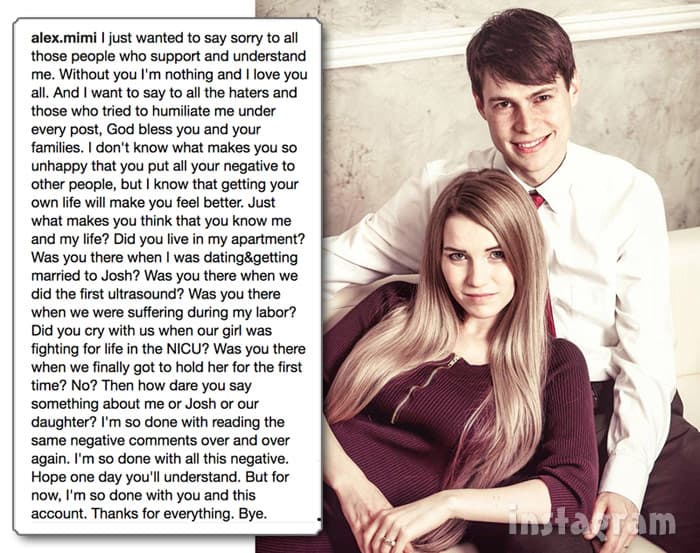 90 Day Fiance Season 3 bride Aleksandra has quit social media due to a tidal wave of negativity after she posted a photo of her and husband Josh’s infant daughter online and, based on the little girl’s appearance, many jumped to the conclusion that Josh was not the father.

“I just wanted to say sorry to all those people who support and understand me,” the Russian-born Aleksandra captioned a June 25 photo of herself and Josh (a Mormon missionary from Idaho) on Instagram. “Without you I’m nothing and I love you all,” she added.

Then Aleksandra addressed the reason she was leaving:

That was her last Instagram entry at the time of this post. On Facebook, she changed out her profile picture to one of herself and Josh on June 28, but that was her last public activity.

Earlier this year, Alksandra posted the first photo in which you could see her daughter’s face, but she quickly deleted it after numerous commenters pointed out that she was clearly biracial. (The photo is still floating around in various forums, etc. but I have chosen not to include it here because — as I said — it shows her face.) [UPDATE – We have been informed that the photo was actually posted by a friend of Aleksandra’s. It is unclear if it has been deleted or not.]

Here is another photo of their daughter taken from behind in which you can see that she definitely has different hair than either her mother or father: 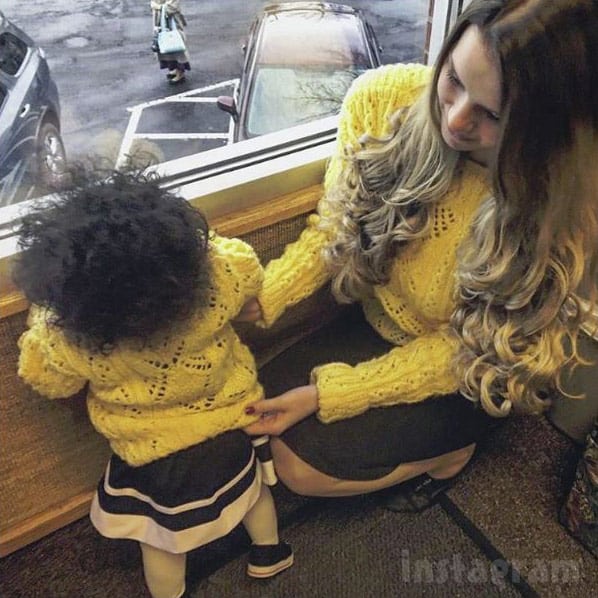 Adding fuel to the commenters’ fire is the fact that Aleksandra’s best friend and travel companion is a black man. She has posted lots of photos of the two of them together in various locations over the past few years.

Aleksandra adamantly denied that Josh was not the father to Radar Online back in April. “Of course Josh is the father,” she said. “I’d do a DNA test just for fans,” she added, “but I don’t want to prove something to somebody who I don’t know. That’s sad that people don’t think and make up such silly things.” 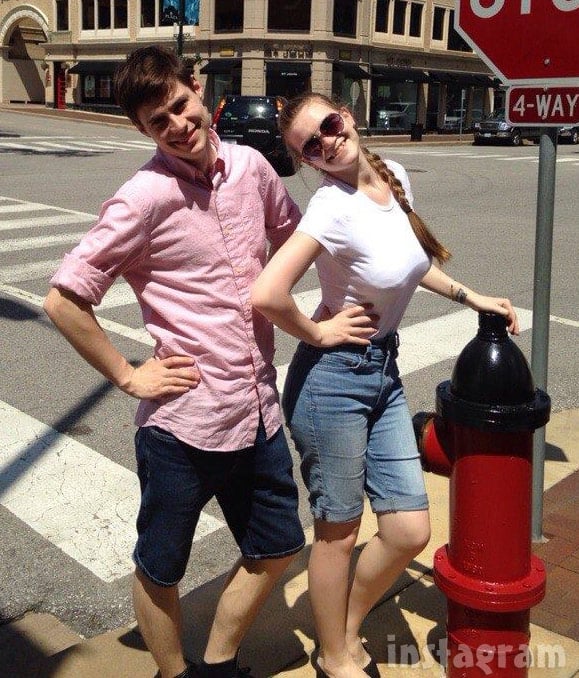 As far as the little girl looking nothing like Josh, Aleksandra explains that “Kids may look like their grandparents and nothing like their own parents.” She then points out that her daughter is the spitting image of her mother. “I don’t look like my mom or dad, I look more like my grandma. My daughter looks like my mom. Seriously, they have the same face. They look absolutely the same, it’s crazy.”

I checked and could not find where Aleksandra had ever posted a photo of her mother online. I rewatched her episode, however, and got this screen shot of her (her name is Svetlana): 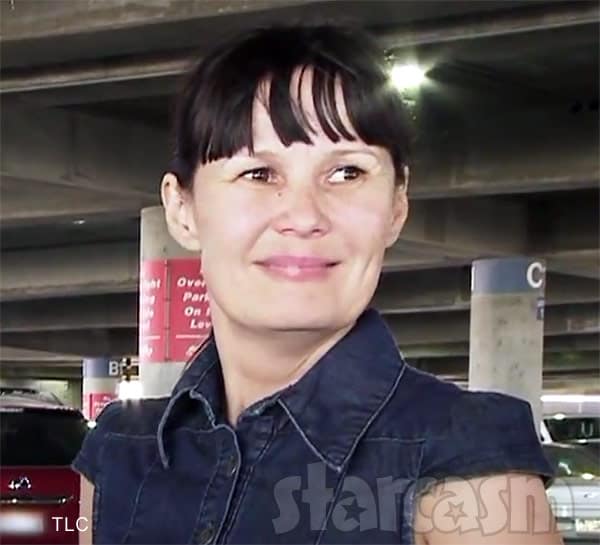 Aleksandra also addressed speculation that her close friend might be the father “He is like my brother,” she said. “That’s even disgusting to think about possible feelings between us. He promised him to protect me in Prague while Josh is far away.”

Although the negativity has pushed Aleksandra off social media, it doesn’t appear to have affected her relationship with Josh. The two appear to still be married and happy — which Aleksandra said was the case back in April. We are “still together” and “still love each other,” she told Radar.

UPDATES – We have a couple of updates since publishing the post. First, Aleksandra was apparently just referring to her Instagram account as she has remained active (albeit not very active) on her Facebook page by sharing a link and posting comments. Second, we were informed by someone on social media that Aleksandra had stated that her father was Cuban and that’s where her daughter got her looks. I wasn’t able to track down Aleksandra’s comment, but I thought I would post a photo of her dad for those curious. 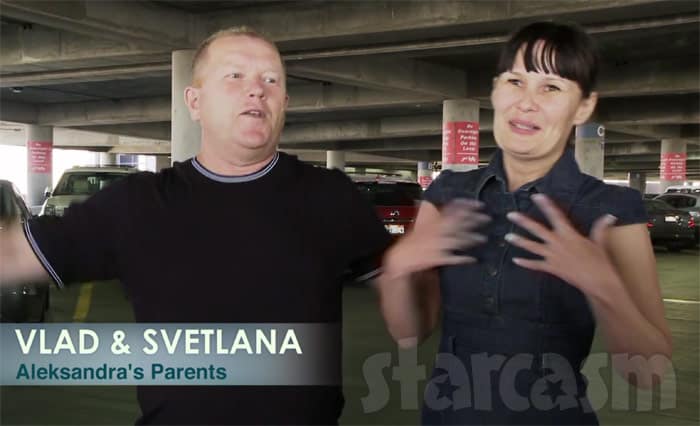 Ummm… I should point out that the show did not specify whether or not that was Aleksandra’s birth dad or not.