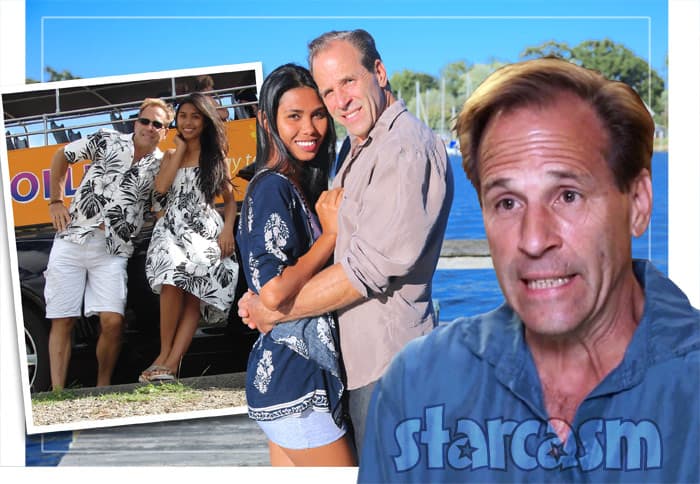 In a reality show franchise that has had more than its fair share of controversial stars, 90 Day Fiance Season 3 couple Nikki and Mark Shoemaker are near the top of the list. For starters, there was the rather sizable age difference between Mark, who was 58 when the show was recorded, and his then-18-year-old Filipino bride-to-be. Mark only made the situation worse with a series of cringe-worthy antics that included giving his fiancée the same car he gave his ex-wife, demanding a pre-nup, and completely freaking out over Nikki leaving fingerprints on a car window.

As is the case with most of the couples featured on 90 Day Fiance, Mark and Nikki would eventually overcome all of their relationship obstacles and got married. Given the amount of attention they got — albeit most of it negative and angry — it seems the duo would have been a natural fit for either TLC’s follow-up series Happily Ever After, or the network’s web series What Now? But, after their rather disgruntled appearance on the Tell All Special, the couple vanished from TLC and from social media completely! And they took their disgruntlement over how they were portrayed on the show one step further by suing TLC and the show’s production company!

So how are Mark and Nikki now? Are they still together? Unfortunately, I’m like all the other online sleuths out there in that I don’t have a definitive answer for you. The most recent online activity I could find for either of them is a review Mark left in March of this year for a Japanese restaurant in Hawaii. Mark wrote: “My wife and I would get on a plane and fly to Hawaii just to visit this place!!! Unbelievably awesome in everyway!!!! Hope to return soon!” Obviously, the note would suggest the two were still together in March — but that’s far from confirmation.

I will add that there is no divorce filing for Mark and Nikki in the state of Maryland, which I feel is a stronger indication that they are at least still legally married. (You can get married in another state, but you have to file where you live, right?)

Here is Mark’s Facebook cover photo, uploaded in January of 2016, which includes Nikki and was taken in front of the Waikiki Trolley in Hawaii: 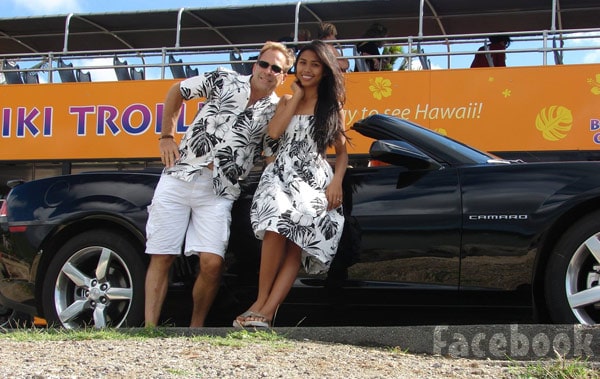 And what about Nikki and Mark’s lawsuit against TLC and Sharp Productions? That one didn’t go so well for them: a judge tossed out all of their claims in a ruling handed down on May 22 of this year. In a VERY brief summary, the judge decided that Mark and Nikki signed a contract to be on a reality show, and in the contract it clearly stated that show producers were free to edit the footage however they liked.

They could have still had a case if TLC or Sharp had egregiously defamed the duo or frauded (in Danielle’s voice) them by intentionally lying about things. But the judge ruled that neither had happened.

I’m going to include some of the pertinent parts of the ruling below, which are quite easy to read and understand, but first I wanted to point out that the ruling confirms the American cast members featured on the show get paid $1,000 per episode. That lines up with what Nikki (wife of David Toborowsky’s best bud Chris Thieneman) said last month. She also pointed out that the non-Americans get paid nothing. As I stated in that post, the amount seems remarkably low to me — especially given how established the franchise is at this point.

Oh, I also wanted to add that during my research I discovered that Mark is no stranger to instigating litigation! He has filed dozens of lawsuits over the past twenty years — most all of them in civil court. I guess running a piano rental and tuning business (wasn’t that it?) is quite risky.

OK: here are some highlights from the judge’s ruling. Mark and Nikki are the plaintiffs, while Sharp Entertainment and Discovery Communications (TLC’s parent company) are the defendants. In order to spice things up a bit, I will include Mark’s high school senior photo from 1975, which includes his nickname (“Shoey”) and extracurricular activities (band, band, band).

For the reasons set forth herein, the court grants Defendants’ motion to dismiss and dismisses Plaintiffs’ amended complaint against all Defendants with prejudice and without costs.

Plaintiffs agreed to appear on Defendants’ television series “90 Day Fiancé” which aired on the TLC cable network and portrays the experiences of foreign men and women who travel to the United States to live with their American fiancés for 90 days under a “Nonimmigrant Visa for a Fiancé.” Defendant Discovery owns and operates the TLC network, Defendant Sharp produced the first ten episodes and a division of Defendant NBC produced the final “Tell All” episode. Plaintiff Mark Shoemaker lived in Maryland and Plaintiff Nikki Shoemaker came to the United States from the Philippines. Plaintiffs applied to appear, attended a casting call and were selected to appear on season three of the show. Plaintiff Mark Shoemaker also received a $1000.00 per episode appearance fee.

Plaintiffs signed a “Participant Agreement and Appearance Release” (“Agreement/Release”) on June 30, 2015 and June 2, 2015, respectively, and an “Appearance Release Form and Arbitration Provision” (“Final Episode Release”) for the final episode on November 6, 2015. The Agreement/Release contained a comprehensive general release and hold harmless clause and limits Plaintiffs to money damages, if any. Specifically, Paragraph 9 of the Release states that in consideration for Plaintiffs’ participation and appearance on the program, Plaintiffs, their heirs and assigns “hereby release and hold harmless (Defendants Sharp and Discovery) from any and all claims, demands, actions, causes of actions, suits, damages, losses, costs, attorneys’ fees and/or expenses, known or unknown, which I may claim to have against (Defendants Sharp and Discovery) and I hereby agree that I will not bring or assert, or consent that others bring or assert, any claim of any nature whatsoever against anyone in connection with my participation, appearance and services hereunder, the use of the Results and Proceeds or relating to the exercise of the permissions granted by me hereunder.”

Additionally, the Agreement/Release granted Defendants broad rights, authority and discretion to film, edit, dub, alter or combine the material in any manner. By signing the Agreement/Release, Plaintiffs also acknowledged that the show might reveal material that is personal, intimate, embarrassing and could depict them in an unfavorable light and Plaintiffs consented to grant Defendants the right and sole discretion to include such material in their show. Defendants allege that this agreement also covers the final episode.

The Agreement/Release also limits Plaintiffs’ right to recovery to money damages and precludes them from seeking an injunction against the exploitation of the show. Finally, by signing the Agreement/Release, Plaintiffs acknowledged that the document constituted the entire understanding among the parties, that they read and understood the agreement and that they had the opportunity to consult with counsel. 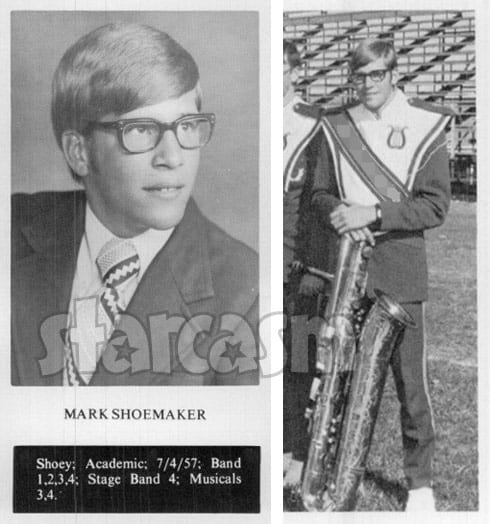 Plaintiffs allege that they were misled into believing that the show was a documentary or “docu-series,” that it was not scripted, that they would not have to promise anything, or that they would not be forced to do or say anything. Plaintiffs also allege that when they watched the third and fourth episodes, the day before they filmed the final “Tell All” episode, they realized that Defendants fraudulently misrepresented Plaintiffs’ roles in the show and improperly altered several footages to cause Plaintiffs’ damages, including the destruction of their reputation. Plaintiffs further allege that the language of the Release is vague, ambiguous, misleading and overreaching. Plaintiffs relied on the producer’s false verbal explanations and promises and they only signed the release and agreements in reliance on such misrepresentations.

Defendants allege that the show was a reality show and that Defendants knowingly and voluntarily signed the agreements and releases which waived their rights to bring this action against Defendants.

Based on the documentary evidence presented, including the agreements and releases provided, Plaintiffs clearly waived their right to bring this action and are precluded from doing so. Plaintiffs expressly consented to permitting Defendants to retain broad discretion to edit, alter the contents of the footage and fictionalize it, even if such alterations resulted in Plaintiffs being depicted in an embarrassing, humiliating and denigrating manner. As discussed by Defendants, courts have consistently upheld such releases and agreements in similar circumstances. As such, the court determines that Plaintiffs knowingly and voluntarily entered into the agreements and they are precluded from bringing this action. As such, Plaintiffs’ amended complaint is dismissed.

Finally, the court finds Plaintiffs’ remaining arguments to be without merit, finds that Plaintiffs are precluded from seeking injunctive relief and the court hereby denies the additional relief requested. Therefore, the court grants Defendants’ motion to dismiss and dismisses Plaintiffs’ complaint against Defendants with prejudice.

Accordingly, it is hereby

ORDERED that Defendants Discovery Communications, LLC’s, Sharp Entertainment, LLC’s and NBCUniversal Media, LLC’s motion to dismiss Plaintiffs Mark Weybright Shoemaker’s and Nikki Rose Mediano Shoemaker’s amended complaint herein is granted and the complaint is dismissed in its entirety as against Defendants with prejudice and without costs. The Clerk is directed to enter judgment accordingly in favor of Defendants.

This constitutes the decision and order of the court.

You can click here for the entire ruling, which includes a rather brutal breakdown of all nine of Nikki and Mark’s causes of action, explaining why none of them have any merit.