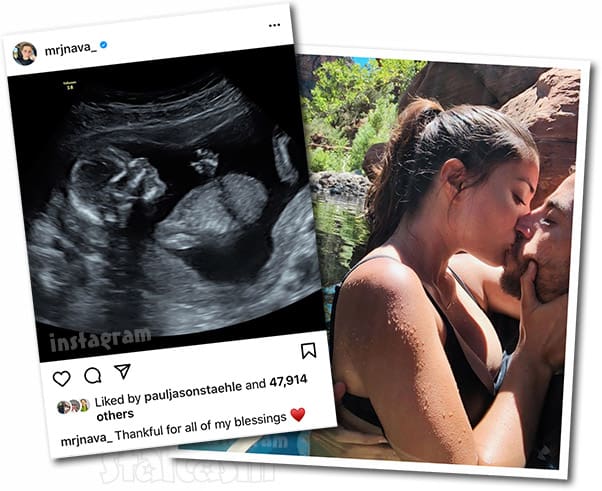 Someone needs to bring Jorge Nava a red diaper bag! The former 90 Day Fiance and Happily Ever After star revealed on Wednesday that he is going to be a dad. His reveal comes just six months after getting out of prison early back in May.

Jorge didn’t reveal any additional details about the baby or the mother-to-be. It is assumed that it is the same woman that he was photographed with back in August.

Around the same time that he posted the photos with his new boo, Jorge spoke with E! News about her. Despite his previous bad experience dating someone that he met online, Jorge revealed that he and his bae first met via Instagram. The two hit it off non-romantically before deciding to escalate things up in person.

“It was actually a friendly relationship before it became the relationship that it is today,” Jorge said. “When I went out to California to visit my family, we went on our first date and then a week after that, she came and stayed with me and we’ve kind of been together ever since.”

Anfisa didn’t comment on Jorge’s post, but she did reply to a commenter on her own post who brought up the pregnancy. The comment came on a lingerie photo Anfisa posted in which she looks ANYTHING but pregnant.

“Yaaaaaaas lawd,” began the comment. “Anfisa looking like a 10, while Jorge out there becoming a child support check/baby daddy.”

Anfisa replied with a red heart emoji as well as a blushing smiley face with more hearts. (Screen cap included in the Instagram gallery below.)

In case you missed it, Jorge was released early from prison back in May. He pleaded guilty to a felony count of Attempted Transportation of Marijuana for Sale in July of 2018 after he was pulled over in Arizona in February of 2018 and police reportedly found 293 POUNDS of marijuana in his vehicle. He was sentenced to 30 months, but was released three months early.

While in prison, Jorge underwent a dramatic weight loss transformation. By the time he was released, he he looked completely different from how he looked while on TLC.

90 Day Fiance fans will recall that there was a bit of on-screen drama between Jorge and an ex-girlfriend who claimed to be the mother of his then 10-year-old daughter. It was never revealed publicly if he actually is the father or not.

Congratulations to Jorge and baby mama Nava! Perhaps it’s still not too late for 90 Day Fiance producers to reach out to the couple to appear on their WE tv series Love After Lockup?