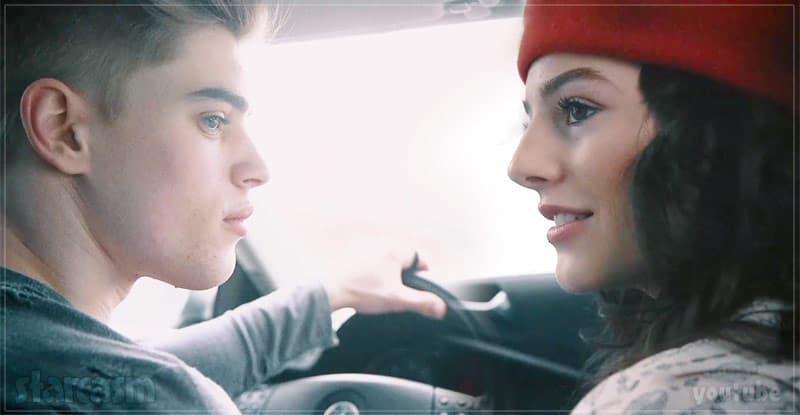 The music video features Evelyn and a male model named Nick Vogt and it documents snapshots of a former relationship as Evelyn’s metaphorical lyrics compare their time together to the seasons: 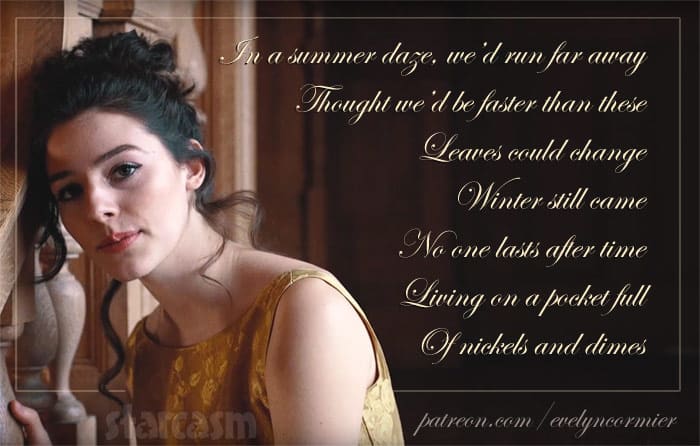 In a summer daze, we’d run far away
Thought we’d be faster than these
Leaves could change
Winter still came
No one lasts after time
Living on a pocket full
Of nickels and dimes

If you’re a big 90 Day Fiance fan like me, then you are probably thinking ahead and wondering if perhaps Evelyn choosing a sexy young male co-star for her video might have caused some tension with her husband David — assuming that Evelyn and David are returning for Happily Ever After or another TLC show. (I’m sorry if that potential story line gives you “Hoy Se Bebe” flashbacks because you suffer from Paost Traumatic Stress Disorder.)

Whether or not David was upset at being supplanted at Evelyn’s side in the music video, he did have at least a small role in the project as he was credited with the graphic design for the single.

Evelyn certainly has more than her fair share of detractors — both for her music and for her personality as shown on 90 Day Fiance — but even her naysayers must give her some credit for her hustle! She’s out there recording songs and making music videos, and she’s also being very savvy about it with how she promotes everything on social media, and by setting up a Patreon account with A LOT of exclusive content for her supporters!

Back to “Nickels and Dimes” though — what do you think of the song? Could this be Evelyn’s break-out single? Is she the white New England Christian singer/songwriter version of Cardi B?

Before the 90 Days SPOILER: Are Sean and Abby still together?