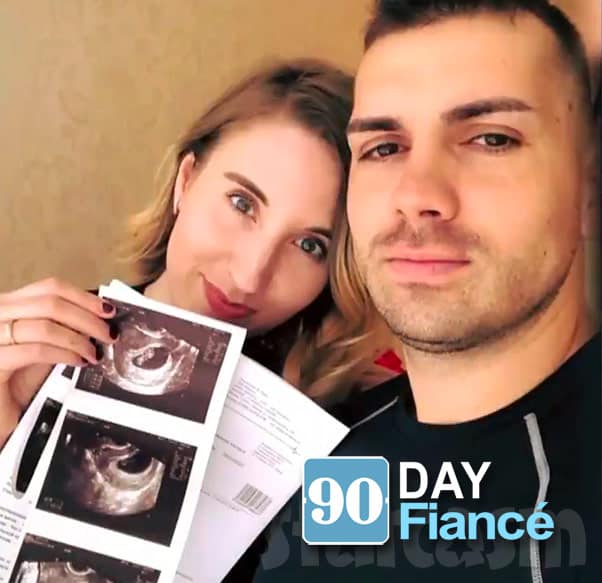 TLC has just released the preview trailer for 90 Day Fiance Season 7 in which we get to see the new couples for the very first time. We’re already filling up the Evuhdense Binders with information on the new cast, and we can already share some Emily and Sasha spoilers!

Before I get to the spoilers, here is the 90 Day Fiance Season 7 preview trailer from TLC:

You heard right…the series that started it all is BACK! Tune in for new couples and new drama on the season premiere of #90DayFiance November 3 at 8/7c. pic.twitter.com/a1NyUWbCcy

Emily and her Russian fiancé Sasha are the easy-on-the-eyes couple showing off sonogram images. Sasha is also the beefy guy in the gym with the blonde woman in the foreground saying “Sasha’s the love of my life. And I know things will be different this time.” Sasha’s actual name is Alexander, so I’m guessing that is just a nickname.

Any fan of the 90 Day Fiance franchise knows that whenever a sonogram is shown that things are about to get EXTRA messy! However, the pregnancy tease should have come with a small asterisk.

Emily and Sasha DO have a child together, but that may have happened prior to filming for 90 Day Fiance. Their son David Alexandrovich was born in Russia in November of 2018.

Wait, how was their baby born in Russia when Emily is the American half of this couple? That’s because Emily and Sasha’s relationship timeline is a bit unique for 90 Day Fiance.

Now 29-year-old Emily graduated from Idaho State University with a Bachelor’s degree in English Education in December of 2015. She packed up her bags and moved to Volgograd, Russia in mid-January of 2016. It appears as though she moved there for work, as she shared a video of her “coworkers” singing her happy birthday in February.

It’s unclear exactly when Emily and Sasha met, but her Facebook page indicates they began dating in June. The first photo of them together on their social media pages was posted on September 8, 2016. “Missing you already,” Emily captioned the Instagram image. “See you soon in #Moscow babe ❤️ #love”

Emily and Sasha’s not-so-long-distance relationship continued, and Emily posted in December of 2016: “I cannot wait to move to #moscow.”

It appears that Emily didn’t have to wait very long because most all of her photos from 2017 are from Moscow — LOTS of them with Sasha. The couple announced their engagement on Facebook on February 27, 2017.

Putting together any sort of detailed background on Sasha was not really feasible given my limited Russian skills. As with most of the “hunky” overseas fellers from the 90 Day Fiance franchise, he is a personal trainer. As you already know, he lives in Moscow, Russia. I do not have his age, but will update this post as soon as that information is revealed with the official TLC bios.

UPDATE – The new extended preview trailer reveals some shocking details about Sasha! “I am going to be Sasha’s third wife,” Emily says. “This is his third child with another woman, but we’re going to last.” Uh oh. In another scene, Alexander’s first wife tells the cameras: “He met his second wife, she got pregnant, and he came to me, and I said, ‘I want a divorce.’ But still, he left her for his third, Emily.”

And the official TLC bio for the couple:

Emily packed up and move to Russia to teach English after finishing college. During a visit to a gym, she spotted Sasha, who became her trainer and she his tutor. After their romance ensued, Emily learned Sasha has a son with each of his two ex-wives. And then Emily became pregnant. Now, they’ve got plans to move to America and start their family together.

I could find no indication that Emily and Sasha were married in Russia. That would make sense because being married would seemingly eliminate them from being on the show, given it’s fundamental 90-day K-1 visa concept.

EMILY AND ALEXANDER COME TO AMERICA

In late May of this year, Emily and Sasha (and son David) traveled to the United States. I assume that Alexander was here on a K-1 visa, which would mean that he had until late August to get married, or return to Russia.

In what must have been a sweet bonus for producers, Emily’s mom and dad live in different parts of the country and required two separate “meet the parents” occasions for Sasha. Emily’s mom lives in South Bend, Indiana, and her dad lives near Portland, Oregon. 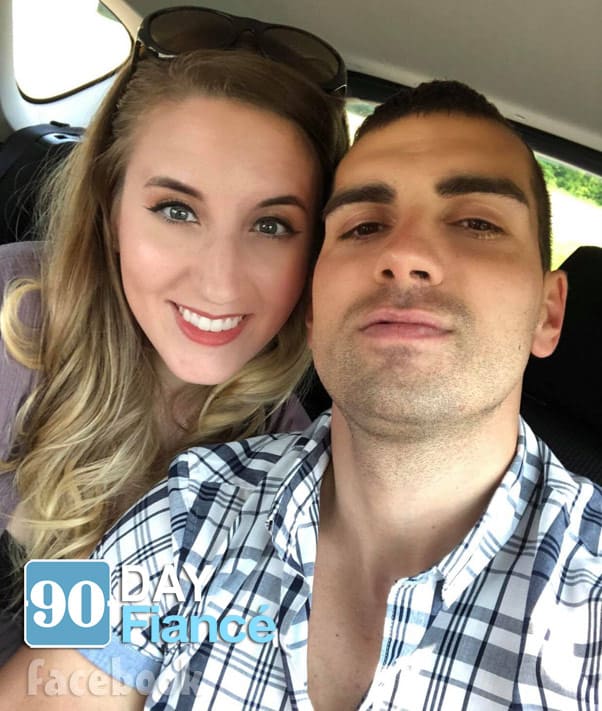 ARE EMILY AND SASHA STILL IN THE US?

Emily’s Facebook page indicates that she currently has a job in the Portland, Oregon suburb of Tualatin. Sasha’s Facebook and Twitter profiles both state that he lives in Portland, Oregon. Given that the couple is going to be on the original 90 Day Fiance show, I have to assume they were going through the K-1 visa process (as speculated above). If that is the case, I can think of no other way that Alexander would be able to remain in the United States without getting married. 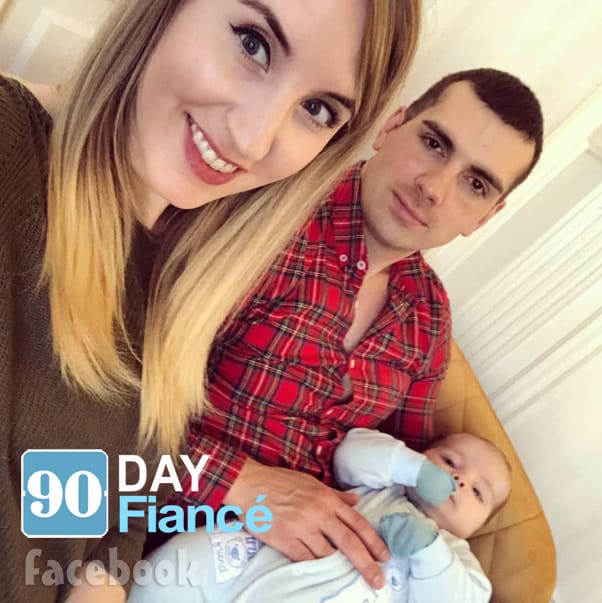 From a fan’s perspective, I really want to get excited about Emily and Sasha because they seem like they really love each other, have a beautiful baby, and have the potential to breathe a little happily ever after into a franchise in desperate need of it. (Think: Loren and Alexei.)

However, I have been burned SO MANY times before after doing pre-season profile posts based on social media and the internet, that I have resigned to the fact that Emily and Sasha will be a dumpster fire ? show with suitcases full of secrets and lies. (I still haven’t recovered from the guaranteed storybook romance between Corey and Evelin. ? )

[UPDATE – After watching the extended preview trailer and finding out this is Sasha’s third wife and third child, I jumped off the railing of the SS Optimistic! 95% chance of dumpster fire ? show.]

Emily seems to know that it may not be all sunshine an lollipops once the episodes start airing. Just after the trailer was released, she shared an Instagram story looking worried with the caption: “What have I gotten myself into?”

The new season of 90 Day Fiance premieres Sunday, November 3 at 8/7c on TLC!