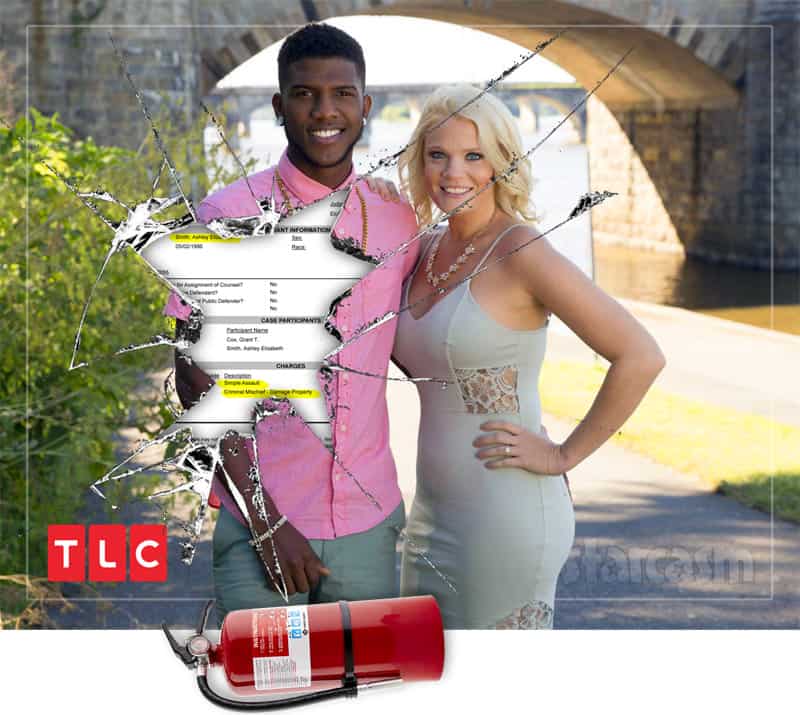 90 Day Fiance: Happily Ever After couple Ashley and Jay continue to make a mockery of their show’s title as their dysfunctional ? show of a marriage continues to implode.

According to court records, charges were not officially filed until June 19. I can only speculate that the two-and-a-half week lag between the time of the offense and charges being filed was due to the alleged victim being indecisive about pressing charges.

I reached out to the local police department that filed the initial incident report, and a rep told me that the arrest report and/or incident report was “not subject to the Pennsylvania Right to Know Act and thus I cannot provide any of the requested information to you.” (It doesn’t appear as though Ashley was actually arrested, so there’s probably no mug shot photo of her from the incident.)

Ashley and Jay themselves seemed to reveal exactly what happened in a lengthy live session with YouTuber and 90 Day Fiance Instagrammer John Yates more than a week ago.

During the one-hour-plus live session — included below — both Ashley and Jay state that Ashley came over to his apartment while drunk. “Yes, I threw a f***ing fire extinguisher through his window,” Ashley admits.

Here are a couple excerpts from an extensive recap done by Soap Dirt soon after the video was streamed:

He said he didn’t open the door because he wasn’t expecting anyone and couldn’t see who was outside. Then Jay says, a “fire extinguisher f***ing smashed through my window and f***ing hit my friend in the head – it was f***ing Ashley”. A while later, Yates flipped over to a live chat with Ashley Martson. She said she did it and added that Jay “can go s**k my d**k” and called him b*tch. While Jay says she dropped by randomly, Ashley said that he asked her to drop by late because he wanted a hookup.

The 90 Day Fiance blonde snarked, “Yes, I had been drinking.” She says she heard someone say, “Jay, your wife is at the door.” Then Ashley says she heard Jay say “f**k that ho” and she heard a bunch of girls giggling. So, she says “I took the fire extinguisher off the wall and smashed it” into the window. She added, “Jay called the police on me and I got charged”. They disagree on why she came by and whether it was planned, but their stories match on the flying fire extinguisher. Jay said it smashed his friend in the head.

Jay even filmed his broken window, although it was hard to see much damage outside of some bent mini-blinds: 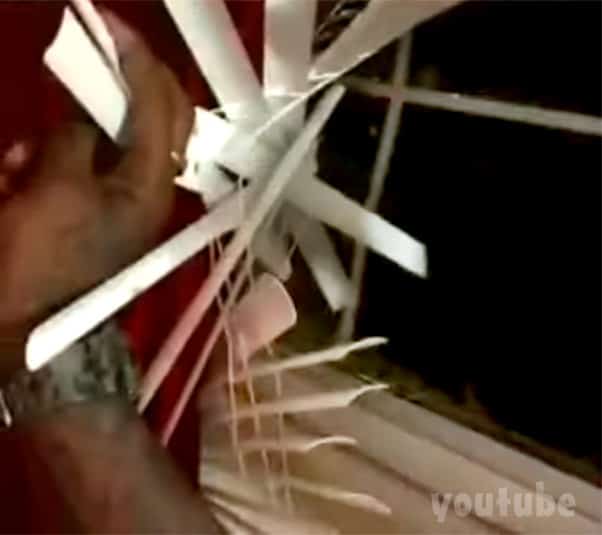 Ashley is currently on a tropical cruise with friends after spending a few days in some sort of mental health wellness center. Jay is still living large in Mechanicsburg and posting tattoo gangsta videos on Instagram. It’s still unclear how he is able to tattoo without his green card, assuming that he is not doing it for free?

Here is the John Yates live session with Jay and Ashley spread out over two videos. It is quite the commitment time-wise, but there is A LOT more there in addition to the fire extinguisher tossing incident. There was an alleged dispute over a safe used to house Ashley’s gun and passport that is currently at Jay’s residence. Also, Jay “borrowed” Ashley’s son’s Playstation (of course), and there were some issues when she tried to get it back.

Oh, and Jay accuses Ashley of cheating on him and says he is keeping his mouth shut on some of the stuff that Ashley has done because “her kids are on social media and I don’t want to hurt their feelings.” He adds that Ashley’s children “are the only reason I’m taking all the blame, and she f***ing knows that.”

Also, there were several other incidents in which the police were called, including one time when Ashley allegedly called police from Jay’s apartment because it smelled like weed.

We recently created a meme after the infamous barber shop bathroom cheating reveal scene that seems to be taking on a life of its own (sometimes in altered form). So, I thought I would conclude this post with that:

#90DayFiance #HappilyEverAfter Ashley seems to have lost a little bit of her confidence.