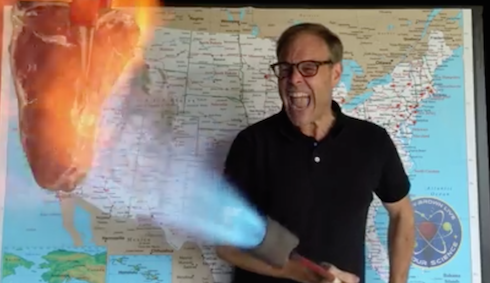 Food Network celebrity chef, mad scientist extraordinaire, and all-around good guy Alton Brown had a massively successful live cooking tour earlier this year, so he’s hitting the road again next year with a bigger, badder, mad scientist-ier show. Is the Alton Brown Tour 2016 coming to your town? And, perhaps more importantly: What is Alton Brown going to do on this, the intriguingly named “Eat Your Science” tour? 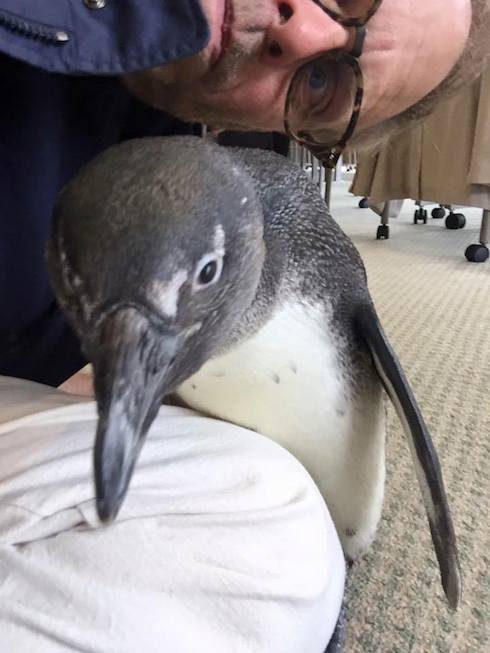 First up: the tour details. According to the various press releases promoting the tour, “Eat Your Science” will feature “more” of everything that the 100-show”Edible Inevitable” trek brought to the masses. What does that mean, exactly? Well: “Fans can expect more comedy, talk show antics, multimedia presentations, and music”–oh, Alton Brown is a crooner–plus “new puppets, songs, bigger and potentially more dangerous experiments and what every cook needs in his kitchen: FIRE.”

So it basically sounds like a live-action episode of Good Eats, with plenty of opportunity for the audience to get messy, Gallagher-style. (Quick aside: That comparison is meant as a compliment to Alton Brown’s capacity for silliness and ability to induce shrieks from people. A little Gallagher comparison once in awhile never hurt anybody. Except Gallagher.) 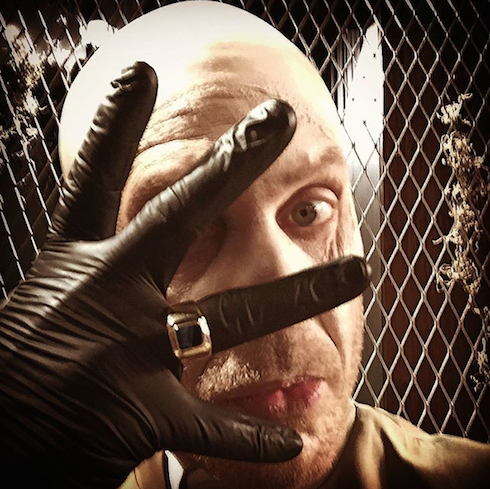 And where and when can you expect to find this 40-city Alton Brown Tour 2016? Here’s the complete itinerary so far:

Ticket prices start at $39.50. To purchase them, mosey on over to AltonBrownTour.com.

The Property Brothers Yule Log Video will silly up your holiday