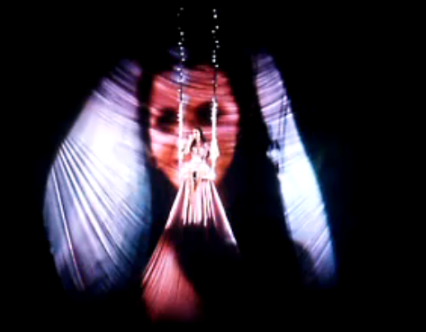 Last night at the Grammys Katy Perry performed “Not Like the Movies” and “Teenage Dream” off her her Grammy-nominated album Teenage Dream.

She started off with “Not Like the Movies,” a sentimental ballad, and wistfully sat on a white swing which was hoisted up mid song with a fabric background that acted as a screen for home movies of to wedding with shock-comedian Russell Brand last year.

She then launched into a Valentine’s Day themed performance of her hit single “Teenage Dream.” The highlight of the number was when a camera caught Nicole Kidman belting out the tune while lost in a Teenage Dream revelry. Unfortunately she became self-conscience after she realized she was on camera. Sing it, Nicole!