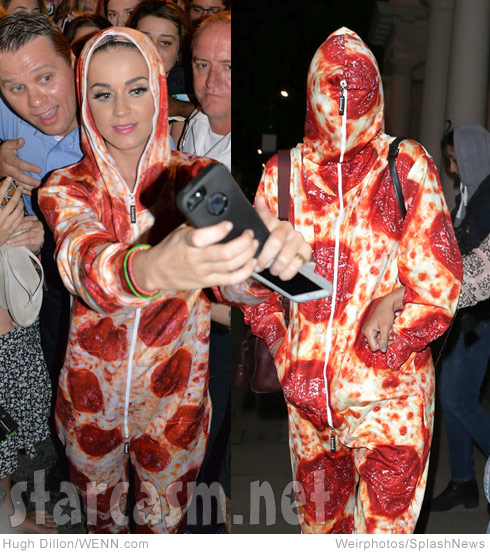 What are the odds I would get to talk about Katy Perry, Cara Delevigne and pepperonis and not have to worry about pixelating photos? Such is the case in this installment of “Who wore it better?” as we compare these two A-listers both rocking pizza onesies for the pepperozzi! 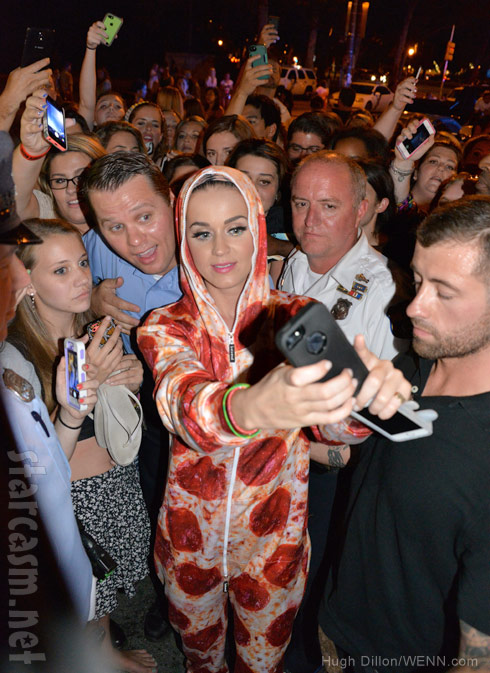 Katy Pepperry (above) wore her cheesy onesie as she visited the Philadelphia Museum of Art last week, posing for a mozzarelfie with fans at the top of the steps made famous in the original Rocky movie.

Supermodel Cara Delevingne was spotted in her calzonesie arriving home in London after her 22nd birthday celebrations in Ibiza. Cara was completely zipped up as friends helped guide her home. In some of the photos she can be seen giving photographers the finger — to which I say, “Oregeno she didn’t! I never sausage disrespect in all my life!” OK, I’ll stop now.

Soooooooo… Who do you think looks better in pepperoni? Personally, I’m #TeamKatyPiery on this one, and I think I’ve got just the video clip to convince you I’m right:

Just in case you were wanting to dress like an pizzA-lister yourself, then head on over to BelovedShirts.com and pick up your Belovesie pizza onesie now for only $99! (Both Katie Perry and Cara Delevingne are wearing Beloved brand pizza onesies in the photos above.)

Now, if we could just get Ariana Grande to wear one because I’m dying to use my Marinariana Grande joke!