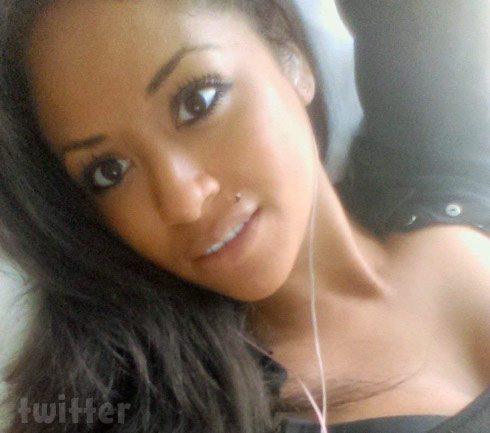 Sadly, 2010 16 & Pregnant alum Valerie Fairman passed away this past December from a drug overdose at age 23. Now, Radar Online has some details about how Valerie’s 8-year-old daughter Nevaeh is coping with the loss of her mother at such a young age.

The interview with Valerie’s mom Janice, who was already the primary guardian of Nevaeh at the time of Valerie’s death, reports that the little girl is doing “very well.” Her grandmother says Nevaeh received some grief counseling, but adds the girl “didn’t need it.”

Janice says it’s been easier for Nevaeh to deal with her mother’s passing because Valerie wasn’t living with them, but she does acknowledge that the grieving process will probably become harder for Nevaeh as she gets older.

Janice says the two of them talk about Valerie all the time, and Naveah keeps some of her mother’s ashes in a special necklace as a memento. “Ashes are in her playroom too,” Janice said. “She also has flowers from the service.”

Naveah also has regularly contact with her father Matt Pryce. She sees her father every Saturday, although, according to Janice, she “doesn’t always want to.”

Janice says she wants people to remember Valerie as a “loving and caring person,” even though she was “into drugs and wasn’t so nice.” She says that she knows in her heart her daughter was really a nice person.

Valerie definitely had a troubled time after appearing on the MTV reality show. The year after her episode aired, she was arrested for a physical altercation with her mother.

Valerie’s addictions and troubles seemed to only get worse after that. In 2015, she was arrested on prostitution charges.