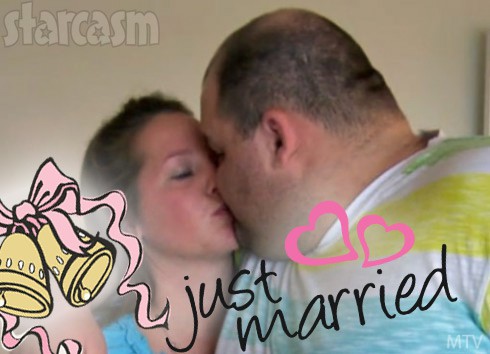 Sorry, ladies… Teen Mom OG‘s Gary Shirley is a married man after he tied the knot with wife Kristina Anderson (Shirley?)! We spoke with a source who tells us the low-key wedding happened during a weekend getaway to Michigan in late September — to the surprise of those on both the bride and groom’s side.

Neither Gary nor Kristina confirmed the marriage online, but The Ashley’s Reality Roundup reports the couple filed for their marriage license in late September and the actual marriage date was on Monday, September 28. Us Weekly later confirmed that date. That corroborates the information we previously received.

Gary said on Teen Mom in the past that he wasn’t sure he wanted to marry Kristina, even though they have a daughter together. One reason he may have overcome his cold feet is less about romance and more about his custody situation with ex-girlfriend Amber Portwood. As it was, Amber had the right of first refusal with Leah. For example, if Gary couldn’t pick Leah up from school, Amber should have been contacted first about filling in… But Gary preferred to get Kristina’s help. Now that they are married, Gary has the right to turn to Kristina before Amber. The insider told us, “I just hope he did it for the right reasons.”

Although MTV is currently filming the new season of Teen Mom OG, our source said wedding footage won’t be included because producers are cutting way back on Gary’s camera time. But, if the show continues for additional seasons, we do have at least one wedding to look forward to: Amber announced on September 28 (Gary’s wedding day!) that she and fiance Matt Baier have set the date for their nuptials!

It's official me and @mattbEPT are getting married next October 2016? I can't wait! Sending love everyone?