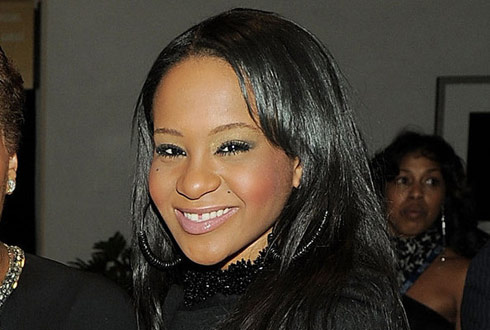 Just as reports are circulating that Bobbi Kristina Brown is on the verge of signing up for her own reality show a video has been posted by Enquirer Plus showing the daughter of the late Whitney Houston taking a massive marijuana hit off a bong.

According to a report from Radar Bobbi Kristina has reached a verbal agreement for a reality show with an as yet identified cable network. Their source stated that the show will unquestionably be controversial and that moving forward with the plan goes against her family’s wishes.

A show project featuring Bobbi Kristina was allegedly in the works last year but since the passing of her mother both Bobbi and the network are anxious to get it done, convinced that the raised curiosity factor will draw in viewers.

Even the meetings between Brown and the network were a mixed bag that could signal a future train wreck. A source said:

“She was slurring her words and said: ‘I will show the world I am NOT my mother and will NOT walk in her shoes down her path,’ then seconds later would mutter, ‘My mother was just normal, completely normal, someone who did normal things. She just listened to all the wrong people–and did the wrong things.'” 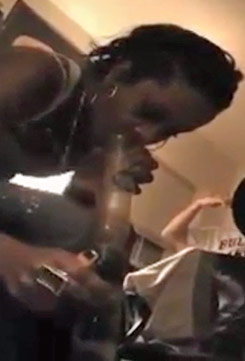 As far as what the show will be about, well it supposedly will feature some of the hangers on who were part of Whitney’s entourage and will also delve in to her alleged controversial romantic relationship with Nick Gordon. Gordon was taken in by Whitney and raised as Bobbi Kristina’s “brother” but the two are not biologically related.

As was mentioned, on top of this show news a video has been dropped showing Bobbi taking a serious hit from a bong. She takes the swirling smoke in followed by a coughing fit in the footage. You can see that entire clip here.

None of this, and man I mean none of any of that sounds like a good idea for Bobbi Kristina. I hope somehow, some way someone with a little moral high ground will be able to provide her with sound advice.