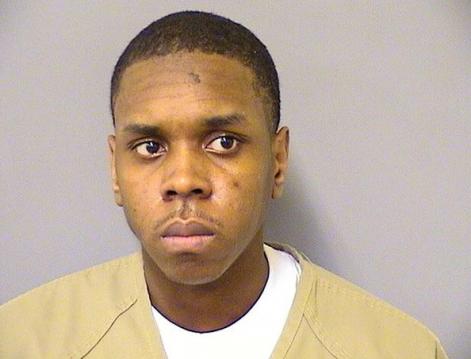 Jennifer Hudson’s ex brother-in-law William Belfour has been found guilty of murdering her mother, brother, and nephew three-and-a-half years ago (Darnell Donerson, 57, brother Jason Hudson, 29, and Balfour’s own stepson, Julian King, 7.) He was also found guilty of one count of home invasion, one count aggravated kidnapping, one count residential burglary, and one count possession of a stolen motor vehicle.

It’s been a horrific and harrowing journey for Jennifer and her sister Julia Hudson. Balfour struck out against Julia’s family because he was jealous of her dating another man after they split. He allegedly threatened Julia many times “If you leave me, I will kill you. I will kill your family first. You will be the last to die.”

Jennifer Hudson said she was almost there the night of the slaying, but didn’t go over to her family’s house because of a call from her fiance.

Balfour’s lawyers say there is no physical evidence that Balfour committed the murders:

“The one constant in this case is that every piece of DNA evidence absolutely excludes William Balfour,” his attorney Thompson said. “The one person in all of Chicago who didn’t do it is him. That’s what the evidence showed.”

Prosecuters however, argued that while there was no direct physical evidence, there existed “overwhelming circumstantial evidence” including according to ABC News “cell phone records that put Balfour near the scene at the time of murders, gun residue found on Balfour’s clothing and on the steering wheel of his car and the key to Jason Hudson’s SUV found on Balfour when he was arrested.”

The case is truly heartbreaking, and it’s truly amazing that Jennifer Hudson has used the years in between 2008 and now to nurture her own growing family and to stay in the public spotlight championing positive messages with poise and grace.