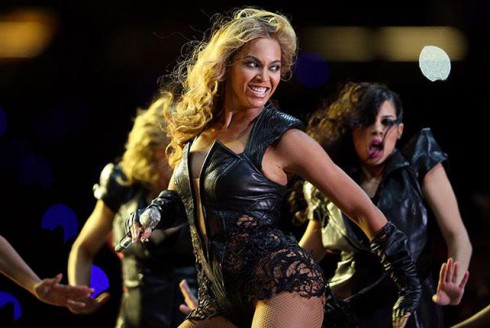 Last night’s Super Bowl had two winners: the Baltimore Ravens and Beyonce, whose halftime performance literally shut the Superdome down! In addition to a stellar solo performance, Beyonce also reunited with Destiny’s Child members Kelly Rowland and Michelle Williams — who she later congratulated, along with fellow performers Alicia Keys and Jennifer Hudson, with a personalized note: 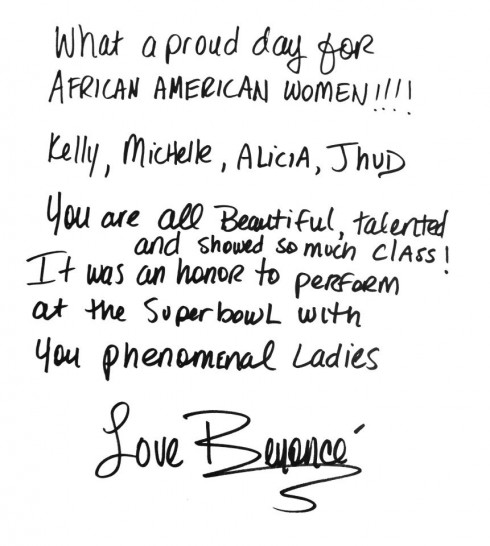 And just in case you missed it, here is a video of Beyonce’s Super Bowl halftime performance!