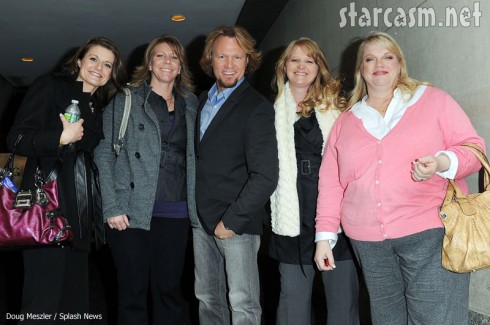 Sister Wives polygamist Kody Brown kind of shocked his family of 16 years when he took fourth wife Robyn into the family in 2010. With the family becoming financially stable because of their new opportunities, would Kody (and the family) eventually take a fifth?

He said on the show a firm no, and then changed it to a firm maybe:

“The answer is no, I won’t be marrying again. Every single week I have one of my wives saying I miss you, and I’m lonely. So I’m feeling, in a way, that my  life is really spread thin already. So the consideration of a fifth wife is almost an absolute no. And the reason it’s an “almost” is because I’m open to some kind of inspiration because had we said no after three, then Robyn would have never been in my family. I’m just not interested in a fifth wife.”

Sounds like the Kodester is basically open for another wife, but not actively looking. It someone comes along he’s interested in, it wouldn’t really be a surprise if she were added to the family.

One thing they’re not really open to is pursuing relationships with fans right now. Random people now ask them to join the family, which kind of creeps them out.

Do you think Kody will take a fifth wife?