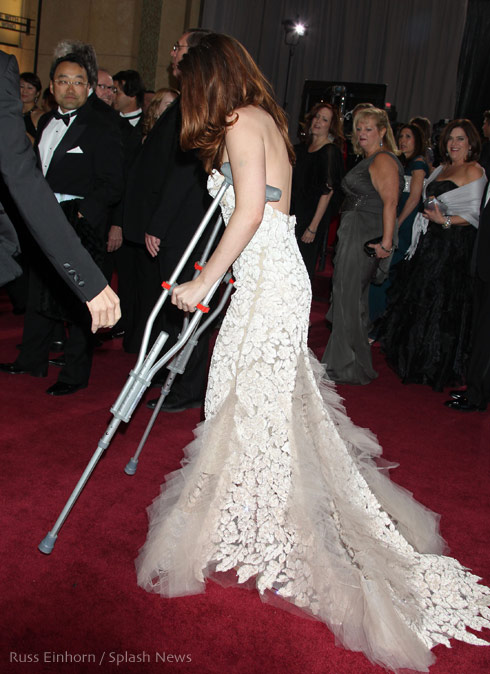 It’s been kind of a rough award week for Snow White & the Huntsmen star Kristen Stewart. Her film, Twilight Saga: Breaking Dawn, Part II, swept the infamous bad-not-good Razzie awards and she was recently listed as the least sexy celebrity in some random poll conducted in Great Britain.

Adding injury to insult, the On the Road actress was forced to make the all important Oscars red carpet stroll on crutches this year. As soon as she appeared laboriously making her way to the theater for the big evening, folks were wondering what happened that led to the need for the devices.

It took a run-in with KStew’s makeup artist to uncover the mystery. Beau Nelson told PEOPLE she “cut the ball of her foot, quite severely, on glass two days ago.” He added that Stewart was in quite a bit of pain and there was a scramble to hunt down some acceptable flats.

Stewart was a trooper as she managed to ditch the crutches to pose for photogs. 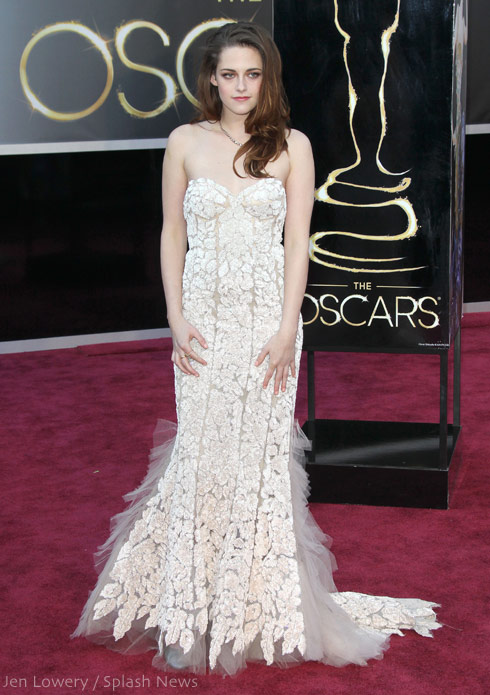 You know with all the tricked out fashion embellishments celebs rock these days, I’m surprised that there aren’t designer crutches with diamond encrusted supports etc. But nope, they looked like the same kind they send us mere mortals hobbling out on after a late night run to the walk-in-clinic.

Girl With the Dragon Tattoo role down to Ellen Page and Kristen Stewart?