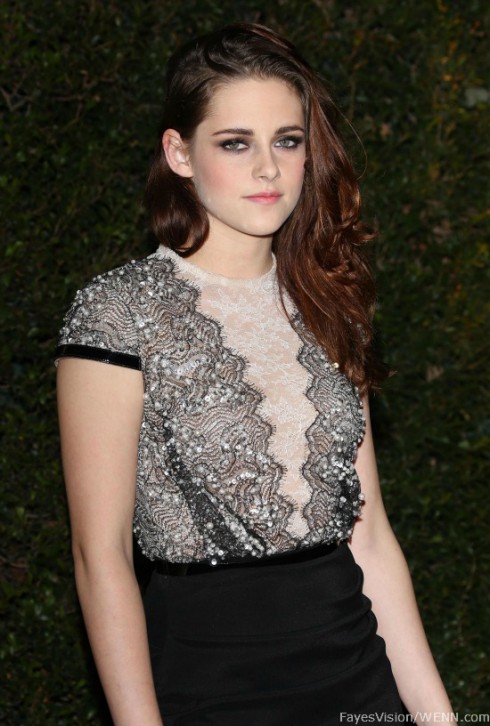 She may be the star of the The Twilight Saga, but Kristen Stewart apparently fails to win the lust of men. According to a poll conducted by MenKind in Great Britain, Stewart tops this year’s list of the 10 least sexy celebrities. The list is rounded out by more familiar (and surprising!) names… 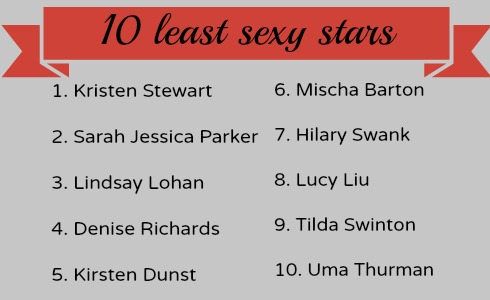 Interestingly, the women voted to the list seem to have been judged as much for their personalities and reputations as for their physical appearances. In Stewart’s case, she came under a great deal of fire in 2012 for cheating on long-time boyfriend Robert Pattinson. She also rarely smiles in pictures, which makes her come across as a bit cold.

Back in 2005, it would have been highly surprising to see Lindsay Lohan on the list. Now, though, the star is known more for her legal problems than her acting skills. Her appearance also seems to have been ravaged by hard-partying. (Remeber those teeth?!)

“It’s shown that sexiness is far more than appearance,” a spokesman for MenKind told the Daily Mail. “They were turned off by volatile and moody actresses as well as ice queens.”

The men also seemed to be more turned off by “unhealthily skinny starlets” than other body types, the spokesman said. Case and point: The formerly voluptuous Denise Richards lost a good deal of weight last year.
Some of the surprising mentions on the list may be attributed to the differences between what men and women find attractive. For example, No. 2 Sarah Jessica Parker is considered a fashion icon among women, but that apparently means less to men. 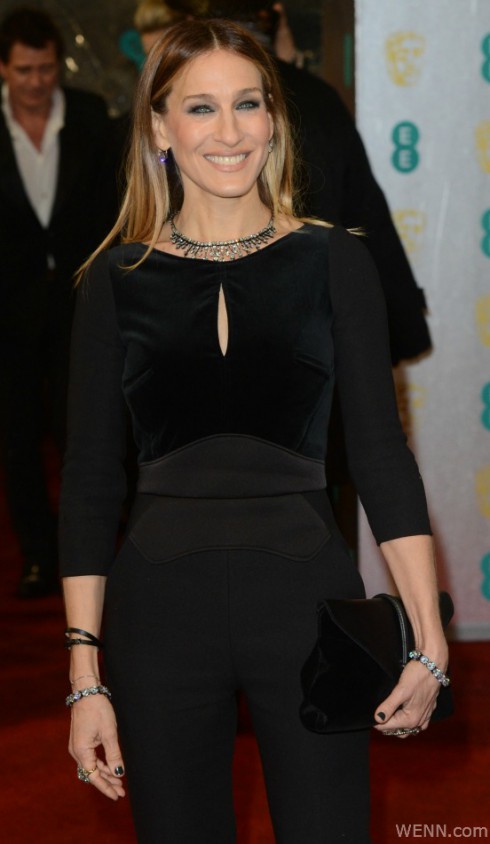 No matter the rationalization, some of the celebrities on the list are still baffling.

Which celebrity are you most surprised to see on the list?

Jessica Simpson is likely not shopping for a ‘fuller, rounder butt,’ despite press release

VIDEO – Kristin Chenoweth has some troubles with her eyelash extensions