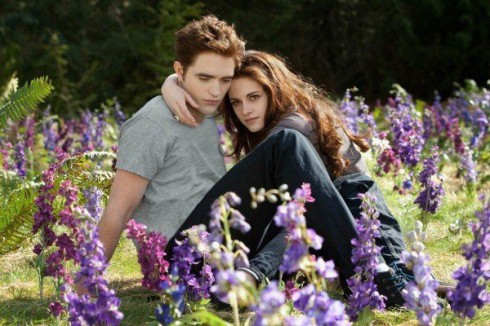 Kristen Stewart and Robert Pattinson have probably made up and are back together after the scandal with Kristen cheating on him with her married director. Now, for the first time since the scandal and their subsequent split, Robert and Kristen have been photographed together at an L.A. bar. (CLICK HERE to see)

Sources told Entertainment Tonight that they stayed for about four hours with a group of friends, laughed and joked, and  “cozied up to each other.”

When they  came outside though, and got snapped, they did seem a little moody.

One of the things Kristen may be upset over is all the threats to her life over this whole thing. It’s understandable that this whole scandal was probably taken too personally by a number of Robert Pattinson fans, but wishing death or harm on Kristen is disturbing. She said in a recent interview with writer Talia Soghomonian that she’s getting paranoid of social media because she’s afraid someone who wants her dead might find out where she is and kill her.

“Nowadays it’s harder because everyone is on Facebook and everyone knows where you are all the time, and everyone’s twittering. Like I’m going to die because somebody is going to say where I am and somebody is going to kill me. Someone’s going to twitter my location and then it’s going to be like, boom. So, I actually think too much of anything can be scary, but at the same time it’s also an opportunity. I mean mass communication is a good thing. It’s actually a really great thing, it’s just scary.”