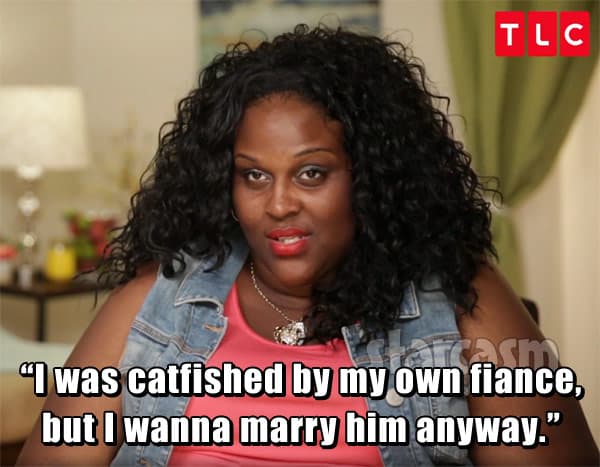 90 Day Fiance returns to TLC in one month, and today the network shared the first preview trailer with all five couples to be featured this season! Here’s the video followed by what we know about each of the couples: 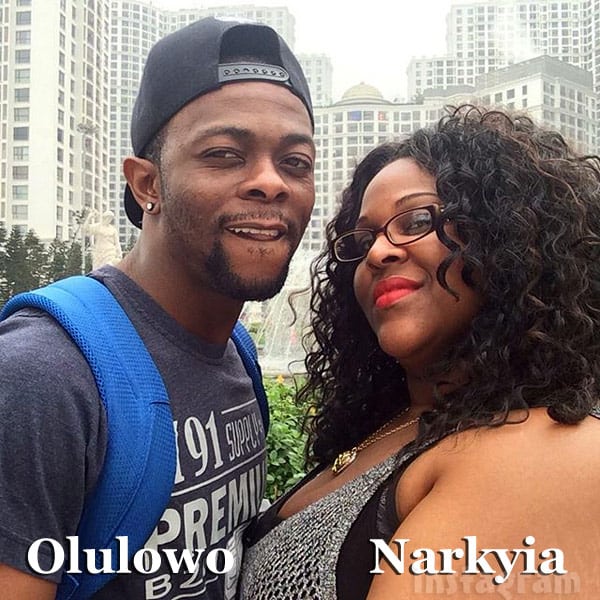 In what looks to be the most entertaining relationship of the new season, 36-year-old Narkyia met 28-year-old Olulowo (aka “Lowo”) in a “Beautiful Big Women” Facebook group. Olulowo initially told Narkyia that he was from Alabama, but she later found out that he is originally from Nigeria and living in Vietnam. And just in case the mash up of Catfish and 90 Day Fiance wasn’t enough for you, how about we toss in a little Sister Wives to boot? “I’m a little nervous because his family is polygamous,” Narkyia reveals to her gal pals — who respond with a chorus of “Ah hell naw!” faces.

ADDITIONAL DEETS: Narkyia is a nurse and she has a 12-year-old son. Her and Olulowo set a wedding date of October 2 way back in March, but it is unclear what the current state of their relationship is. 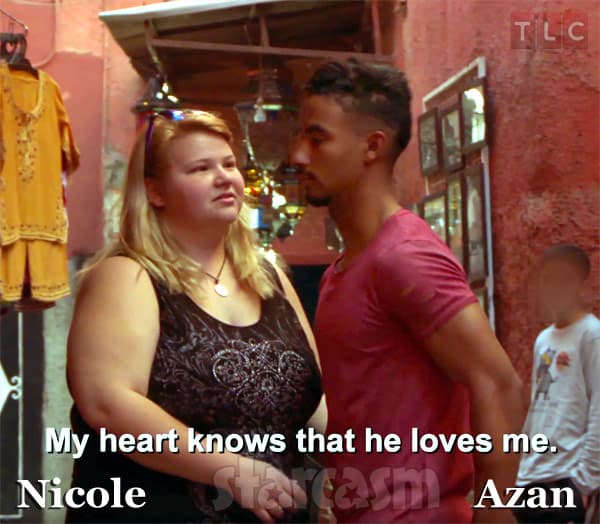 All evidence points to 21-year-old Nicole and 23-year-old Azan from Taroudant, Morocco being this season’s Danielle and Mohamed, with Nicole seemingly blind to a lot of red flags because of her “hot” man. In the clip we see her travel to Morocco, which looks like a damned entertaining train wreck of a trip involving camels, cobras, and absolutely no physical affection.

Complicating things further is the fact that Nicole has a 20-month-old daughter!

It appears that the big question will be whether or not Nicole will be able to remove her blinders soon enough, or be stuck in a similar situation to Danielle’s current predicament. (Of course, I could be completely wrong and love could conquer all! Right?) 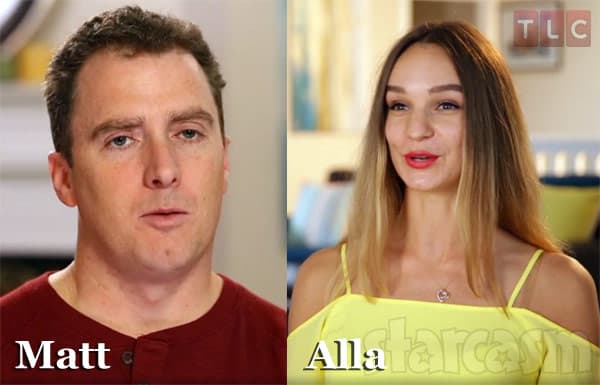 42-year-old Matt has three marriages behind him and is looking for a fourth with 30-year-old Alla from Ukraine. But, if Matt marries Alla, he won’t just be gaining a wife, he will also be gaining a child because Alla has a 7-year-old son! 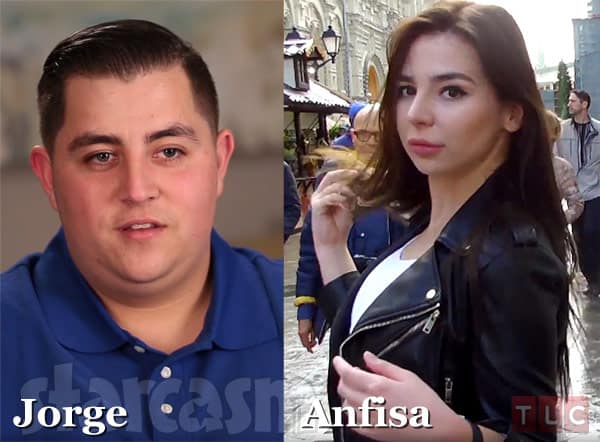 25-year-old Jorge from Los Angeles and 20-year-old Anfisa from Moscow may be a darkhorse contender for most-talked-about couple this season. The two met via Facebook, and after a bit of courting on Jorge’s part, he was soon taking her on lavish trips across Europe. “I spent about $70,000 since we’ve been dating,” Jorge reveals in the trailer.

Of course, Jorge’s family is a bit leery of this easy-on-the-eyes 20-year-old as they openly accuse her of not wanting love so much as a sugar daddy. 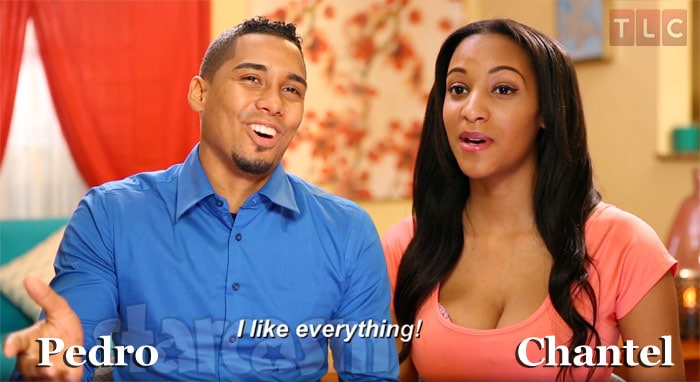 In one of the most unique relationship origin stories in the brief history of 90 Day Fiance, 25-year-old Chantel from Atlanta met 24-year-old Pedro when a former Spanish teacher for Chantel showed her Pedro’s Facebook page and suggested he could help her learn Spanish faster. Adding a spin of intrigue to Chantel’s story is the fact that her parents believe that Pedro is merely entering the country on a student visa, they have no idea that they may have a new son-in-law in less than 90 days!